VANCOUVER – The Fort McMurray wildfire, though not on the same scale, shared many characteristics of the 2011 Thai floods and New Zealand earthquakes, Joel Baker, president and CEO of the National Insurance Conference of Canada (NICC), said Thursday at the opening session of NICC. 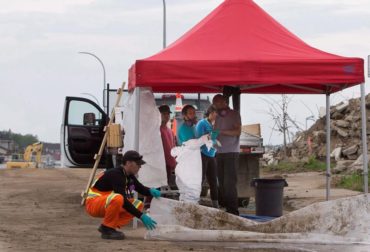 Crews work to clean up the wildfire destruction in Fort McMurray Alta, on Friday June 24, 2016. THE CANADIAN PRESS/Jason Franson

The Thai floods and New Zealand quakes “took the global reinsurance industry by surprise as their risks were not modelled, priced or expected and the resulting losses were mammoth,” Baker, also president and CEO of MSA Research, said during the conference, being held Sept. 28-30 in Vancouver.

“While the Fort Mac fire is not in the same scale as those events, it shared many of those characteristics, and certainly got a lot of attention amongst reinsurers and capital providers,” he pointed out.

Insured losses from the wildfire have been estimated at a little less than $4 billion by Catastrophe Indices and Quantification Inc. (CatIQ), MSA Research’s sister company.

“How can this fire in a small Canadian town add up to $4 billion?” Baker said. “Is Canada’s vaunted distinction as a safe diversifier for the global reinsurance market under threat?”

The property and casualty industry in Canada faces many challenges, he told those assembled. “Things change slowly, then suddenly,” he cautioned.

“Everywhere you go in the world these days, whether it’s a political conference, an economic conference, a business conference, risk is the word that you hear,” noted Amanda Lang of Bloomberg TV Canada, who is serving as NICC conference emcee again this year.

There is plenty of talk about “risk, turbulence, disruption,” she told attendees.

“Of course, disruption can feel difficult and challenging, but we also know that out of disruption – and this industry arguably knows better than most – comes the greatest of opportunities,” she suggested.