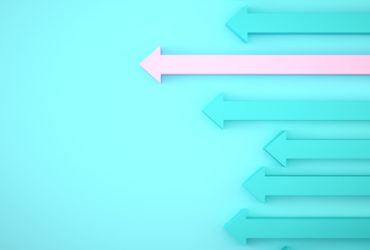 “Leading carriers have pursued these levers individually to generate significantly higher economic returns,” the report noted. “But to gain a sustainable competitive edge, insurance executives must and can pull all of these levers at once.”

The four categories are as follows:

Enables the optimization of a specific part of the organization, such as focusing on underwriting or claims, or IT excellence (process standardization or automation). The aim of these actions is to increase productivity by improving or enhancing a specific capability already present in current operations. For example, one U.S. multi-line insurer has implemented digital marketing organization and governance to promote coordination between brands. This resulted in a consistent approach to digital marketing, a reduction of duplicated digital functions and resources, and above-average marketing operations.

Addresses a larger scope of change, such as operating model transformation. This could include product offer simplification, location optimization (i.e. global footprint, outsourcing and offshoring, shared service centres), IT platform consolidation and re-engineering, and restructuring or post-merger management. The report uses the example of Scandinavian P&C insurer that completely overhauled its legacy IT and moved to a standard software package. In doing so, it reduced its expense ratio by 25% and achieved an automation ratio of 80%.

In essence, changing the way the business has operated so far – be it through deep organizational changes triggered by shifts in the product portfolio, the sale or acquisition of whole business units, or the at-scale introduction of technologies, such as advanced analytics, artificial intelligence and robotic process automation. A U.K. pension provider achieved a 30% reduction in direct costs by adopting a new operating model with robust self-service offerings through new portals, proposition simplification, and a fundamental redesign of the organization and core processes with agile principles. The company achieved a 60% reduction in required back-office capacity alone.

The final step sustains the momentum of productivity efforts by ensuring that organizations have the requisite capabilities, talent and mindsets. These enablers include the ability to scale innovation, energize the company with strong talent and change management capabilities, and implement incentives as well as methodological capabilities such as zero-based budgeting to align spending with business priorities. This multi-lever approach adds complexity to transformations, but can be coordinated so that any given department will be addressing only two to three horizontal (end-to-end) and vertical (functional) levers in parallel.

“In pursing productivity, insurers have historically tended to emphasize just one of two of these categories at a time to maximize their effect,” the report said. “Yet, with the low interest environment, lagging economic profits and prevailing structural challenges, such isolated efforts have not returned the expected results.

“Instead, carriers must shift to address all levers at the same time… A comprehensive approach to all four categories can accelerate productivity improvements, a result reinforced by our research: in general, top-quartile players are pulling all levers at once in a careful sequence across the organization.”