Frank Cowan Company announced on Friday that its liability and property policies can now be enhanced with endorsements to cover drones. 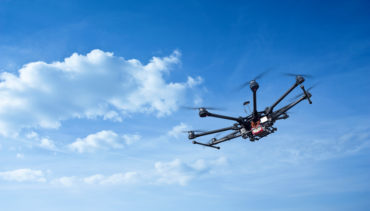 The Princeton, Ont.-based managing general agent said in a statement that the drone/unmanned aerial vehicle (UAV) coverage “is intended to close the gap in liability and property insurance because of aviation exclusions.” While the endorsements are primarily designed to cover drones 25 kilograms or less and subject to Transport Canada exemptions, coverage is available for “select drones” that require a Special Flight Operations Certificate, Frank Cowan noted.

The all-risk coverage for property policies covers the drone (including all permanently attached equipment) and ground or operating equipment (including any detachable equipment such as cameras). Coverage also automatically includes electrical and/or mechanical breakdown. Basis of settlement options include replacement cost, valued amount or actual cash value, the statement said, adding that property coverage is offered for as low as $100 per drone.

Frank Cowan said in the statement that coverage is tailored specifically for drones having unique exclusions for both property and liability. An application is required in order to quote.

“More and more organizations are using drones in both the public and private sectors,” the statement said, adding that drones have practical applications, including helping with public safety, emergency services, video and aerial photography, surveying and architecture and construction.