A report released two weeks ago is “probably the best description we have to date of what is wrong” with Ontario’s auto insurance system, the chief executive officer of Insurance Bureau of Canada said Tuesday. 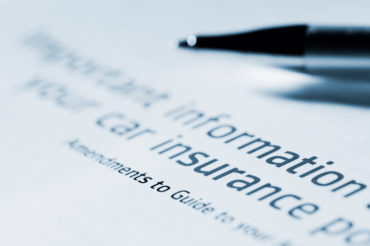 That report was written by David Marshall, former CEO of the Workplace Safety Insurance Board. Marshall notes that a complex system of insurance benefits, combined with challenging legal processes syphons resources intended to support the need of injury victims,” Forgeron said Tuesday during the symposium, held at the Design Exchange, the former trading floor of the Toronto Stock Exchange.

Forgeron showed attendees a slide listing more than 25 changes the Ontario government had made to auto insurance law.

Marshall was appointed in 2015 as a special advisor to Finance Minister Charles Sousa, charged with reviewing the auto insurance system. Marshall recommended that Ontario continue having private-sector insurers write auto accident benefits and liability, and not move to a government-run auto insurance system.

The Statutory Accident Benefits Schedule was “never intended the auto insurance system to be a cash jackpot,” Marshall said in the report. “Many insurance companies, however, are not incented to see their role as providing medical care to clients. Rather, they are incented to close their liability with as little cash cost as possible and hence they introduce the practice of negotiating cash settlements with claimants in lieu of medical treatment, future wage and other future benefits under the SABS.”

The solution “lies in focusing on timely, appropriate medical care, not cash settlements,” Marshall added. “Where the programs of care don’t apply, or don’t work, a roster of hospital-based independent examination centres should be established by the regulator to provide diagnoses and future treatment plans.

Ontario should also “should set up an arms-length regulator with a skills-based board,” Marshall wrote in the report, adding that process is already under way with the passage into law of the Financial Services Regulatory Authority of Ontario Act.

Marshall also recommended changes to the tort system, recommending the province create “a prescribed list of documents that must be produced,” in tort cases. The government should also allow for earlier “examination under oath for both claimants and expert witnesses” and to provide for “some form of case management,” he wrote.

“The tort system is confrontational, time-consuming, involves the cost of legal counsel and experts, and ties up negotiating time if settled out of court or court time if cases go to trial,” he wrote. “Moreover, using the court system to get injured parties what they deserve results in a significant leakage in the benefit they actually receive since the award they get is reduced by the need to pay expert witnesses and large fees to lawyers.”