Under the agreement, Gallagher would acquire the combined operations for gross consideration of $3.57 billion, the brokerage announced in a press release Wednesday. The transaction is expected to close during the second half of 2021.

“This acquisition will accelerate our long-term strategy by significantly expanding our global value proposition in reinsurance, broadening our retail brokerage footprint and strengthening key niches and specialty brokerage offerings,” said J. Patrick Gallagher, Jr., chairman, president and CEO. “The powerful combination of expertise, geographic reach and scale that this acquisition presents will greatly enhance our offerings to clients and prospects, while also providing significant value for our colleagues, carrier partners and shareholders.

“Most importantly, I look forward to welcoming more than 6,000 new colleagues to our growing Gallagher family of professionals.” 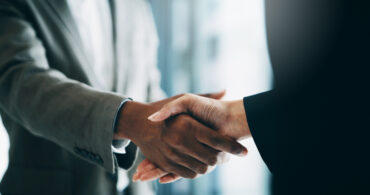 “While there won’t be a direct impact for Canada retail brokerage, the deal does broaden our capabilities through the treaty reinsurance business, which includes approximately 20 individuals in Canada we will welcome to Gallagher, plus a meaningful amount of analytics and ILS (insurance-linked securities) capability that attaches to that business,” a Gallagher spokesperson told Canadian Underwriter Thursday.

The reinsurance brokerage operations, which include both treaty and facultative reinsurance, generated approximately $750 million of estimated pro forma revenue for the year ending Dec. 31, 2020, Gallagher said. The business represents over 750 insurance and reinsurance company clients, across more than 25 countries, and places over $11.5 billion of premium annually.

As for the U.K. and European brokerage operations, they generated approximately $500 million of estimated pro forma revenue for the year ending Dec. 31, 2020. European retail brokerage includes certain operations in Germany, Netherlands, Spain and France, including the vast majority of French insurance broker, Gras Savoye. Specialty operations in the U.K principally include cyber, space and aerospace products.

Benefits of the acquisition are expected to include: