There is an apparent gap between polled U.S. drivers who are open to taking part in usage-based insurance (UBI) and those who are provided the opportunity to do so, suggest survey results released today by LexisNexis Risk Solutions.

That disconnect may mean auto insurers south of the border are not capitalizing the UBI opportunity, notes a company statement detailing some findings of the 2016 LexisNexis Usage-Based Insurance Study. 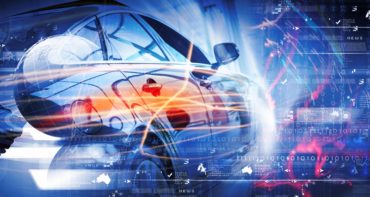 Half of respondents report enrolling in pay-as-you-drive policies when offered, although few – just one in five – say they have been provided an opportunity by their insurer to purchase a UBI policy.

Perhaps as a result of the aforementioned disconnect, usage-based insurance enrollment has remained steady, but opportunity to growth is evident.

“If they can capture and analyze vast amounts of driver data through telematics and analytics, they’ll be better able to differentiate and deliver improved service in a competitive market,” Lukens maintains.

The key may be identifying the motivation of different groups of customers.

“The study revealed untapped opportunities for insurance carriers to expand UBI into markets beyond tech-savvy, price-sensitive millennials and promote the benefits of UBI with the motivators that move their specific customers,” Lukens notes.

Enrollment remains strongest among consumers aged 21 to 25. That said, increased interest from consumers between the ages of 45 and 54 may offer carriers a new untapped market opportunity for usage-based insurance offerings.

Surveyed consumers in that age group witnessed a 6% increase in awareness of UBI programs over the past year, the largest hike of any age group.

Enhanced awareness may be “due to having younger drivers in their households, triggering interest in the safety and monitoring benefits of UBI, or they may just be getting more comfortable with UBI technology,” LexisNexis reports.

The bolstered awareness follows an observed plateau in awareness from 2013 to 2015, the report states. Also on the rise, the 2016 survey shows that 6% of households have a driver enrolled in a usage-based insurance program, up from 5% in 2015.

Both the 2015 and 2016 survey results make clear that significant interest exists in incentives other than premium discounts.

Findings detailed in the report show that 63% of respondents “said they were tired of carriers claiming they could save them money and 53% said they expect carriers can only save them a minimal amount of money.”

This skepticism, it points out, may also result in decreased demand for other services when bundled with a premium discount.

“Exclusively marketing UBI as a way to save on premiums may be limiting expansion to audience that are not motivated by premium discounts,” the report cautions.

“To capitalize on untapped opportunities, carriers will likely need to adopt new marketing strategies and channels,” it adds.

Beyond discounting premiums, for example, other possible motivators that carriers should consider to attract more UBI customers include the following:

LexisNexis points out that 76% of respondents report having the same or higher interest in receiving free roadside assistance as a 10% discount. Also, 86% of those surveyed would be as or more interested in receiving a $200 discount on their deductible, rather than a 10% premiums discount.

Word of mouth, however, may play an important role in getting more respondents to enroll in UBI programs.

Survey results indicate 56% of respondents reported they would not enroll in usage-based insurance absent consumer reviews or feedback; 40% would not enroll unless someone they knew had participated first.

The last point “suggests that new marketing channels such as social media, word of mouth and customer testimonials may also be needed to increase UBI adoption,” LexisNexis suggests.

Premium discount incentives, the report states, “may not only be more attractive to a diverse base of consumers, but may also be more profitable and easier for carriers to implement.”

“UBI programs provide carriers with the opportunity to access a deeper and broader data set than is traditionally available to them,” the report notes.

“In addition to promoting UBI through direct channels, carriers need to equip agents and call centre representatives with specific, targeted messages that align their UBI programs’ benefits with their consumers’ needs and values,” it advises.

“The key is to tailor marketing messages to appeal to the customers that the carrier can best serve – and that includes equipping agents, brokers and call centre representatives with the training and tools required to support a UBI sales strategy,” the report adds.