Chubb Ltd. is advising supermarket operators in the United States who sell alcohol to consider limiting the amount of alcohol a customer can buy and to watch parking lots to ensure customers are not drinking. 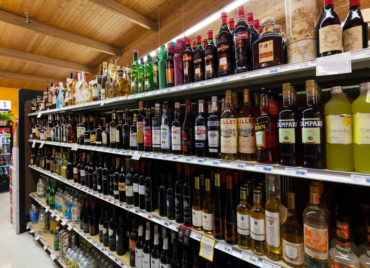 In a report released Monday, Chubb also suggests that American supermarket operators with vehicle fleets should randomly test their drivers for drug and alcohol use.

In October, 2016, the Ontario government announced that 67 grocers are now authorized to sell wine, beer and cider.

“Staff selling alcohol must be a minimum of 18 years of age and be trained on Ontario’s standards for social responsibility, including making sure customers under the age of 19 and intoxicated individuals do not purchase alcohol,” the Ontario government cautions supermarkets in the province.

In many U.S. states, supermarkets “that sell liquor to individuals who eventually cause injuries or death may be held liable,” Chubb said in its report, titled Supermarkets: Addressing the Risks in an Evolving Market.

“Stores may evaluate whether to limit the amount of alcohol that a customer can buy at one time and monitor parking lots to make sure patrons are not drinking on the premises,” Chubb said in the report, written by Nicholas J. Davis and Stephanie McMullen, vice president and assistant vice president respectively with Chubb Excess Casualty in Philadelphia.

ACE Ltd.’s North American division was based in Philadelphia in 2016, when it completed its US$28.3 billion acquisition of Warren, N.J.-based The Chubb Corp. The combined firm, based in Zurich, is now known as Chubb.

Supermarkets with their own vehicle fleets are “responsible for making sure that drivers receive the appropriate safety training, and that they are not texting or making telephone calls while the vehicle is in motion,” Davis and McMullen wrote. “Drivers should be tested for drug use before they are hired and randomly tested afterwards for both drug and alcohol use.”

North of the border, the issue of random drug and alcohol testing was put before the Supreme Court of Canada in 2013.

“The fact that a workplace is found to be dangerous does not automatically give the employer the right to impose random testing unilaterally,” wrote Madam Justice Rosalie Silberman Abella, on behalf of six of the nine Supreme Court of Canada judges hearing an appeal from Communications, Energy and Paperworkers Union of Canada, Local 30. In that case, the Supreme Court of Canada overturned a decision from the New Brunswick Court of Appeal. CEP had grieved a decision by Irving Pulp and Paper Ltd. to institute random drug and alcohol testing of employees at a mill in Saint John. Irving was initially successful on judicial review but the Supreme Court of Canada restored the ruling of a provincial arbitrator which found that Irving “had not demonstrated the requisite problems with dangerousness or increased safety concerns such as workplace alcohol use that would justify universal random testing.”

In addition to alcohol and vehicle risks, Supermarkets: Addressing the Risks in an Evolving Market also cautions supermarket operators who prepare their own food.

“Supermarkets should make sure that their vendor contracts include the appropriate hold-harmless, subrogation and indemnification language,” Chubb advised, adding that grocery store operators “should have inspectors to oversee that food handling procedures, including maintaining appropriate storage temperatures, and paying strict attention to sell-by dates.”

Customers are also at risk in the event of a fire, Chubb noted.

“If the main exits are blocked or not available, employees need to know where the closest alternative exists are and how to direct customers to them,” Chubb advised. “Fire sprinkler systems should be kept up-to-date and checked regularly by a certified and licensed fire system contractor.”

Employees of supermarkets operating fuel pumps “should monitor customer to make sure that they only put fuel in approved containers and that customers pumping their own gas are not putting themselves or others in jeopardy,” noted Chubb. “Fuel storage tanks should be checked and monitored to make sure that there are no leaks that could require expensive remediation.”