The global aerospace insurance market will decline at a compound annual growth rate of -0.37% during the period from 2016 to 2020, according to a new report from Research and Markets. 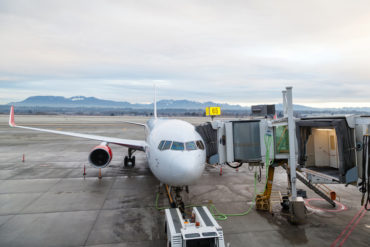 The Global Aerospace Insurance Market 2016-2020 report, released on Wednesday, encompasses insurance policies designed for airlines, airports and their operations, as well as other aviation service providers. The report was prepared based on an in-depth market analysis, with inputs from industry experts, and covers the market landscape (Americas, Asia Pacific and Europe, Middle East and Africa) and growth prospects until 2020, Research and Markets said in a statement.

According to the report, a “lack of awareness about insurance as a protection tool and inadequate details about the types of insurance products poses a major threat to the market.”

“This often keeps potential clients away, which is one of the primary reasons for the slow growth of the market,” the report said, noting that insurance providers usually offer services for the mid- to long-term period. However, customers tend to avoid investing in such policies in a market as volatile as aerospace, where the profitability of the carriers is highly dependent on the cost of jet fuel.

“Also, the claim settlement process is a vital component of the whole process flow as it is crucial for the goodwill of the insurance company,” the report noted. “Often, the insurance companies are not quicker in processing claims, particularly due to slow processing of documents through various public departments in a foreign country. This has reduced clients’ trust in travel insurance products and has discouraged travellers and airline operators from investing in such products.”

The report predicts reduced insurance claims and increased underwriting capacity. In addition, the soft market conditions in the global aerospace insurance market are expected to get a push from the establishment of new airports that will need services such as ground handling. Recently, with the development of “smart airports,” a number of automated systems have been implemented for passengers who prefer self-service, the report said. These automated services are usually deployed across airport facilities from check-in kiosks to baggage handling systems.

The statement said that aviation insurance covers liabilities originating from ground handling, passenger injuries, delays, baggage liability, injuries because of accidents and aviation product liability. The premium paid depends on the size of operations in an airport, air traffic data, and the number of airlines using the services of an airport. As a result of an increase in the number of airports, demand for ground handling and aircraft fuelling, aviation product liabilities will also increase, which can lead to two or more insurers covering business segments of an airport during the forecast period.