Insurance carriers will expand their coverage of unmanned aircraft systems, or drones, while the absence, in the United States, of airworthiness certification requirements imposes a “considerable amount of diligence” on property and liability insurers covering drones, Global Aerospace Inc. suggested in a recent white paper. 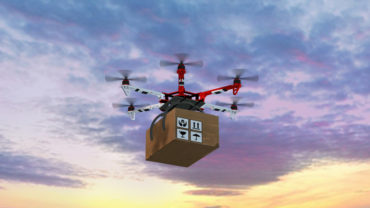 Others offer only liability, the firm added in the paper, written by Chris Proudlove, Global Aerospace’s Parsippany, N.J.-based senior vice president and manager of the U.S. northeast regional office.

“It is now easier to obtain insurance for related risks such as invasion of privacy, malicious damage and hijacking,” Proudlove wrote. “We anticipate that insurers will continue to expand their product offerings over time.”

He noted that with the passage of part 107 of the U.S. Federal Aviation Regulations, commercial drone operators “must now hold a remote pilot airman certificate with a small UAS rating or be under the direct supervision of a person who does.”

Since this past September, “Global Aerospace has again seen a surge in interest, prompted in part by Part 107,” he wrote. “Not only did regulation help operators who might have been risking all by operating illegally, it also paved the way for insurers, investors and those wanting to adopt the technology into their own organizations. With the certainty and attainability Part 107 brings to the industry, we believe we will now see explosive growth from all areas eyeing the future of unmanned aviation.”

One risk, he added, is the “continued absence of any aircraft airworthiness certification requirement” in the United States.

“Essentially, any manufacturer can sell a drone that can be operated legally without any regulatory oversight at all,” Proudlove wrote. “This is one area where a considerable amount of diligence will be required of insurance carriers.”

In the U.S., drone operators “are now allowed in class G airspace without Air Traffic Control (ATC) permission,” he wrote. “This change alleviates a heavy burden for operators who previously would have had to contact any helipad or airport within five miles of their operation under their Section 333 authorization. Nevertheless, the burden is clearly on the drone operator to yield right of way and not to operate in a careless or reckless manner.”

In April, 2015, Global Aerospace published a white paper titled Unmanned Aviation Risk Management, Accident Prevention and Insurance. Since then, “there has been significant growth in the use of drones and the way in which the insurance market has reacted to these new risks,” Proudlove wrote.

When general liability coverage is offered, “coverage is limited at best,” Proudlove reported. “Operators may be attracted by the low premiums or even complementary coverage they provide, but the devil is often in the details. Does the GL policy contain a broad illegal acts exclusion?”

He also suggested customers ask whether a policy would respond in an incident in which American aviation regulations are violated.

“What happens when you need to rent and insure an expensive camera?” Proudlove wrote. “Will that be easily arranged at 5pm on the Friday evening prior to a holiday weekend?”