Global autonomous vehicle sales will reach nearly 21 million by 2035, a substantial increase from previous estimates, according to the latest forecast from IHS Automotive. 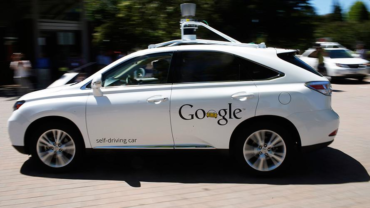 Released on Tuesday, the forecast is a major increase from previous estimates and is influenced by recent research and development by automotive original equipment manufacturers (OEMs), and supplier and technology companies who are investing in this area. The new forecast is also based on a wave of recent developments and investments in this sector of the market, as well as activity within various regulatory environments, according to a press release from IHS Automotive, part of IHS Inc., which offers expertise and insight into the global automotive industry.

The United States will lead the world in initial deployment and early adoption of autonomous vehicles, while Japan will simultaneously ramp up industry coordination and investment ahead of the Summer Olympics in Tokyo in 2020, IHS suggested in a press release.

“Global sales of autonomous vehicles will reach nearly 600,000 units in 2025,” predicted Egil Juliussen, director of research at IHS Automotive. “Our new forecast reflects a 43% compound annual growth rate between 2025 and 2035 – a decade of substantial growth, as driverless and self-driving cars alike are more widely adopted in all key global automotive markets,” he said.

The latest analysis from IHS Automotive takes into account key factors influencing this growth. New mobility solutions such as ridesharing and car sharing programs, increasing investment in autonomy by OEMs, suppliers and technology companies alike, research and development centres underway and improved efficiencies are expected to impact the further proliferation of automotive technologies, the release said.

IHS forecasts incorporate a multitude of factors, including current market development of foundational technologies and considerable R&D announcements and collaboration projects under way. These include discussions and initiatives among OEMs and their suppliers, between OEMs and ridesharing companies, technology company initiatives and increased investment in autonomy and mobility by other entities as well.

“Future mobility will connect and combine many different modes and technologies, and autonomous vehicles will play a central role,” said Jeremy Carlson, principal analyst at IHS Automotive, in the release. “IHS expects entirely new vehicle segments to be created, in addition to traditional vehicles adding autonomous capabilities. Consumers gain new choices in personal mobility to complement mass transit, and these new choices will increasingly use battery electric and other efficient means of propulsion.”

The U.S. market is expected to see the earliest deployment of autonomous vehicles as it works through challenges posed by regulation, liability and consumer acceptance. Deployment in the U.S. will begin with several thousand autonomous vehicles in 2020, which will grow to nearly 4.5 million vehicles by 2035, according to IHS Automotive forecasts. As in many other markets, a variety of use cases and business models are expected to develop around consumer demand for personal mobility.

Despite a later start, IHS Automotive forecasts more than 5.7 million vehicles sold in China in 2035 will be equipped with some level of autonomy, the single largest market for the technology, according to analysts. The sheer volume of vehicles expected to be sold there as well as consumer demand for new technologies will drive growth, with more upside possible as regulators assess the potential of autonomous mobility to address safety and environmental concerns.

Major markets in western Europe will maintain industry technology leadership through the premium segment, with a little more than 3 million autonomous vehicles expected to be sold in 2035 and another 1.2 million vehicles in Eastern Europe, the release said. IHS Automotive also forecasts more than 1 million vehicles with some level of autonomy in the Middle East and Africa in 2035, with the potential for new and innovative business models and use cases.

In Japan and South Korea collectively, IHS Automotive forecasts indicate nearly 1.2 million vehicles will be enabled with some form of autonomous driving capability by 2035.

The IHS Automotive analysis also indicates that continued challenges to autonomous vehicle deployment include potential technology risks for software reliability and cybersecurity, though both of these are showing improvements as technology evolves and the industry recognizes the threat. In addition, the implementation of local and federal guidelines and regulatory standards, as well as a legal framework for self-driving cars, continue to prove challenging. Various states and regions have taken appropriate measures to begin to develop these frameworks, while others are still crafting their approach, the release pointed out.

“The future fleets of driverless vehicles will provide mobility services for anyone and anything, creating exciting and new opportunities for the automotive industry,” said Juliussen. “Increasing competition from the high-tech and other industries is accelerating the auto industry’s autonomous software and cybersecurity development efforts.” Added Carlson: “Those who don’t adjust to a changing world will unfortunately be left behind, or will at least face a very different industry.”