Global disasters in May, including Fort McMurray wildfire, leading to US$7 billion in claims: Aon Benfield

Global disasters in May led to at least US$7 billion in claims, including anticipated insured losses in excess of US$3.1 billion from the Fort McMurray wildfire, according to Aon Benfield’s Global Catastrophe Recap for May. 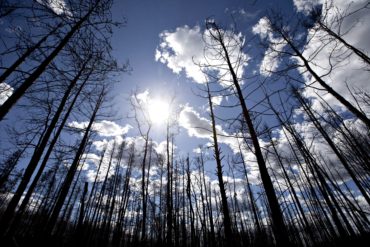 Burnt trees seen in Saprae Creek near Fort McMurray Alta, on Friday June 3, 2016. Members of the community are now being allowed back into their homes. THE CANADIAN PRESS/Jason Franson

The Global Catastrophe Recap report, released on Wednesday, noted that insured losses – including physical damage and business interruption – are anticipated to be in excess of $4 billion. The fire – considered Canada’s costliest disaster – charred more than 580,000 hectares of land and destroyed at least 10% of Fort McMurray, including more than 2,400 homes and other structures, such as sheds, garages and outbuildings, Aon Benfield, the global reinsurance intermediary and capital advisor of Aon plc, noted in a press release.

“The severity of the wildfire damage in Fort McMurray is an unfortunate reminder of how significant insurable losses can be from the peril,” said Adam Podlaha, global head of Impact Forecasting, a catastrophe model development centre, in the release. “The situation in Canada has already allowed for a strong and cooperative response from both the government and the insurance industry as residents and business owners seek to assess the damage and begin the recovery process. Since this is just the sixth individual global wildfire to surpass the billion-dollar threshold for insurers, there is not a lot of precedent for a fire event of this magnitude.”

Chubb's Claims team is on the ground helping clients affected by the wildfires in #FortMcMurray, Canada. pic.twitter.com/TdCx6gutPQ

Officially dubbed the Horse Creek Fire, no direct casualties were reported, but the event prompted the largest evacuation ever in Alberta, the report noted. Although there were no direct casualties, a car crash killed two people during the evacuation. In addition to the destroyed structures, the report noted, 567 homes were deemed unsafe due to toxic ash. Total economic damages are expected “well into the billions of dollars (USD),” the report said.

Elsewhere during May, convective storms and widespread flooding from a storm dubbed ‘Elvira’ swept across parts of northern Europe between late May and early June, killing at least 17 people. The most considerable damage was noted in Germany, France, Austria, Poland and Belgium, where floods impacted many major metropolitan regions, including Paris. As many as 150,000 claims were anticipated in France.

No fewer than five outbreaks of severe convective storms also impacted the United States during May. Parts of the Plains, Midwest, and Mississippi Valley were impacted by damaging tornadoes, straight-line winds, and large hail. Storm-related flooding also caused major damage in portions of Texas during the latter part of the month, the release noted, with total aggregated insured losses estimated to exceed US$1 billion.

In Asia, Cyclone Roanu brought torrential rainfall to Sri Lanka, eastern India, Bangladesh, Myanmar, and China during May. Widespread flooding and landslides ensued and at least 105 people were killed in Sri Lanka alone. Nearly 125,000 homes and structures were damaged or destroyed across all five countries. The estimated cost of reconstruction was up to US$1.7 billion, though insured losses were “substantially less” given low insurance penetration.

It's hard to distinguish much in the ash. Washing machines, mattress coils. A child's bike. #ymm #ymmfire pic.twitter.com/Lwzl9YjssI

Other natural hazard events to occur during May included:

Almost 170,000 people targeted by the @FSCluster for the #CycloneRoanu response in #Bangladesh, please support! pic.twitter.com/CXiJgxs87d