Global insurance brokers sector will hit US$54.8 billion in 2021 as growth remains impressive despite deceleration: report

The global insurance brokers sector will reach US$54.8 billion in 2021, according to data from research company MarketLine. 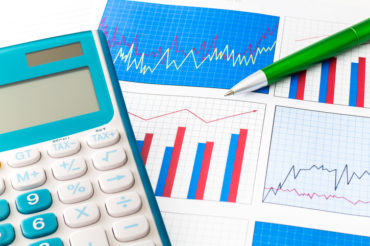 The global insurance brokers sector has experienced “impressive growth” in recent years, registering a compound annual growth rate (CAGR) of 7% between 2012 and 2016 to reach a value of US$42.8 billion, MarketLine said in a blog post last week. Between 2016 and 2021, MarketLine anticipates growth to slow to a CAGR of 5.1%.

Global Insurance Brokers found that sector values have increased in all regions, the report said. Global growth, however, has been primarily driven by healthy revenue increases in the United States, the world’s largest individual market. “As it accounts for over 63% of global sector revenues, the performance of the U.S. market will always have a huge bearing on the sector as a whole and healthy growth, coupled with rapid expansion of the increasingly influential Chinese market, has spurred expansion in recent years,” the blog noted.

“Demand for setting up new insurance contracts has been quite strong in the U.S. in recent years and, with the country’s penetration of brokers as a distribution channel the highest in the world, much of it is directed towards brokers,” said Nicholas Wyatt, project leader for MarketLine.

The Chinese market has also seen rapid expansion, recording a CAGR of 16.2% for the 2012-2016 period. This is the sign of a burgeoning market, Wyatt said. “Brokerage is nowhere near as prevalent in Asia as it is in North America, but the emerging demand for insurance products based on rising income and economic acceleration of countries within the region has stimulated the sector’s growth there,” he said. “Nowhere has this been more apparent than in China.”

However, Wyatt sounded caution when it comes to the future of the sector, saying in the blog that the U.S. will “continue to dominate the global sector, but lower commissions caused by declining premium rates, along with a stagnant reinsurance segment, are triggering a decelerating growth trend for brokers.”

China’s growth will also remain impressive, Wyatt said, “but will not hit the dynamic heights of recent years. A tightening of regulation in the insurance industry in 2016 to mitigate increasing risks, associated mainly with property insurance products, has already had an impact, and demand for non-life insurance products is also expected to slow, obviously having a knock-on effect for brokers.”