Global uptick in CEOs forced out of office for ethical lapses, Canada among lowest incidence of dismissals: Strategy&

An analysis of CEO successions at the world’s largest 2,500 public companies over the past 10 years shows a marked increase in forced turnovers for ethical lapses, although Canada is among the countries with the lowest incidence of such dismissals. 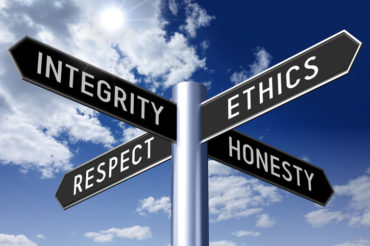 The latest edition of the study defines an ethical lapse as a scandal or improper conduct by the CEO or other employees, including such examples as fraud, bribery, insider trading, environmental disasters, inflated resumes and sexual indiscretions.

“The job of a chief executive officer at a large publicly held company may seem to be quite comfortable — high pay, excellent benefits, elevated social status and access to private jets,” notes the study report. “But the comfortable perch is increasingly becoming a hot seat, especially when CEOs and their employees cross red lines.” 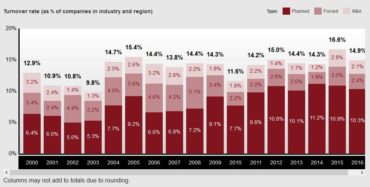 The number of CEOs forced from office for ethical lapses remains quite small, the report makes clear, adding there were only 18 such cases of the public companies reviewed in 2016. Nonetheless, “firings for ethical lapses have been rising as a percentage of all CEO successions,” it cautions.

The global hike noted in the latest report is “due, in large part, to increased public scrutiny and accountability of executives,” the Strategy& statement notes.

Compare that to Western Europe, where the share of CEOs forced out for ethical lapses increased to 5.9% from 4.2%, and in BRIC (Brazil, Russia, India and China) countries, to 8.8% from 3.6%.

For the largest companies – those in the top quartile by market capitalization – in the U.S. & Canada and Western Europe, the overall share of CEOs forced out of office was significantly greater than the share forced out in the other market-cap quartiles.

“More stringent governance regulation is one likely reason,” Strategy& explains, citing as an influence in the U.S. the tightening of legislative requirements for codes of conduct and anti-bribery statutes. 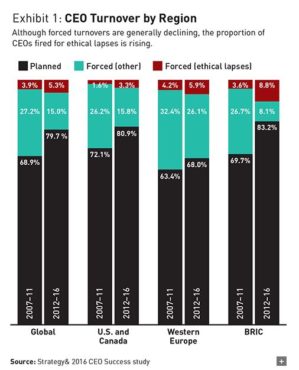 “Over the last 15 years, five trends have resulted in Boards of Directors, investors, governments, customers and the media holding CEOs to a far higher level of accountability for ethical lapses than in the past,” says Per-Ola Karlsson, partner and leader of Strategy&’s organization and leadership practice for PwC Middle East.

These trends are as follows:

“The financial penalties that companies face have rocketed — in some recent cases, into the tens of billions of dollars,” the study states. Noting that media attention and the relentless glare of social media is omnipresent, “we believe that the five tectonic shifts identified above have forged this new era of CEO accountability,” report authors write. 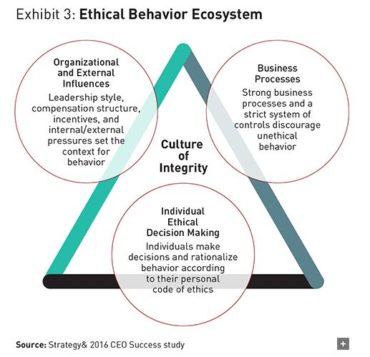 The study shows there were 12 women globally appointed to the role of CEO in 2016, accounting for 3.6% of the incoming class.

The percentage represents a recovery from 2015’s low point of 2.8%. “The share of incoming female CEOs was highest in the U.S. & Canada, rebounding to 5.7% after falling for the previous three years,” Strategy& reports.

Overall, however, healthcare, industrials, information technology, consumer staples and telecom services “did not have a single incoming female CEO in 2016,” the company adds.

“Organizations can protect themselves by making sure that their controls and compliance programs are truly world-class, and — even more important — that their corporate culture sends and reinforces clear, well-understood messages about ethical conduct,” recommends the study report.

“The increasing incidence of CEOs being forced out of office for ethical lapses may have a positive effect on public opinion over time by demonstrating that bad behaviour is, in fact, being detected and punished,” DeAnne Aguirre, global leader of Strategy&’s Katzenbach Center of Innovation for Culture and Leadership, and principal with PwC U.S., suggests in the company statement.

“In the meantime,” Aguirre continues, “CEOs need to lead by example on a personal and organizational level and strive to build and maintain a true culture of integrity.”