Federal public safety minister Ralph Goodale “asked IBC to lead a working that will deliver recommendations by November” on insuring Canadian homes that have a high risk of flood, IBC vice president of federal affairs Craig Stewart said in an interview. 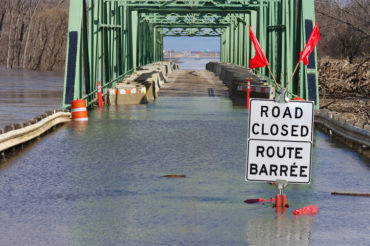 The working group will decide whether to recommend that Canada implement a system like Flood Re, launched in the United Kingdom in 2016. Flood Re is a reinsurer which is subsidized by a tax imposed on all carriers writing home insurance in Britain. In essence, this means 98% of the British population subsidizes high-risk property owners, Brendan McCafferty, then Flood Re’s chief executive officer, said in October, 2015 at the National Insurance Conference of Canada in Montreal. At the time, McCafferty was speaking on a flood insurance panel moderated by IBC president and CEO Don Forgeron.

With Flood Re, the British government “kind of created a facility program for homes at high risk of flood,” said Graham Haigh, vice president of business development at The Wawanesa Mutual Insurance Company, in a recent interview.

The federal government “is taking a hard look at Flood Re in particular and has asked IBC to come up with options that include Flood Re or a model similar to Flood Re,” Stewart told Canadian Underwriter Thursday.

Canadian Underwriter asked Public Safety Canada in late 2017 whether the federal government agrees that there is a need for public sector involvement in residential flood insurance for properties that cannot get affordable coverage from the private sector, and whether the federal government has ruled out introducing a system similar to the United States National Flood Insurance Program or similar to Flood Re in Britain.

A Public Safety Canada spokesperson did not directly answer either question but did say at that time that at a round table in Regina, participants were “discussing the requirements for developing a sustainable financial management system for flood risk.”

Overland flood insurance has been available to homeowners in Canada since 2015. But there are hundreds of thousands of homes that are at such a high risk of flood that the owners cannot buy overland flood at a reasonable price, Stewart suggested Thursday.

“Windsor, Ontario is a classic example of a community that floods regularly and where insurers frankly have difficulty offering products,” he added.

For high-risk homes, IBC has already recommended a system which would be administered by insurers but capitalized by government.

“It remains to be determined what the mechanism would look like,” Stewart said.

“The key question is how to send the right market signals if you are subsidizing premiums,” he added, noting the industry and government need to strike a balance between discouraging development on land at high risk of flood and ensuring homeowners can afford flood insurance.

Flood Re is “one very good example” of a system in which government and industry create a pool for “high-risk areas which are not insurable by the insurance industry itself,” said Balz Grollimund, Swiss Reinsurance Company Ltd.’s head of treaty underwriting for Canada and English Caribbean, at IBC’s financial affairs symposium in 2017.