The Government of Canada announced on Tuesday that it is creating an expert panel on adapting to climate change. 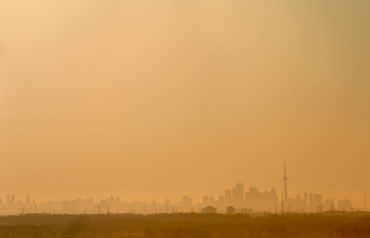 Minister of Environment and Climate Change, Catherine McKenna, announced the launch of the Expert Panel on Climate Change Adaptation and Resilience Results in a statement from Environment and Climate Change Canada (ECCC). The expert panel will advise the federal government on measuring progress on adaptation and climate resilience to better understand how federal, provincial and territorial adaptation efforts are building Canada’s resilience to climate change, for example, by providing up-to-date information, supporting climate-smart infrastructure and updating building codes.

Dr. Blair Feltmate, head of the Intact Centre on Climate Adaptation at the University of Waterloo, will chair the expert panel. The panel will also include academic, private sector, government, non-government and Indigenous representation.

The panel, which will “support the federal government in better communicating to Canadians how we are preparing for and adapting to the current and future impacts of climate change,” will engage with provinces and territories in its work, the statement added. It will support the Pan-Canadian Framework on Clean Growth and Climate Change, which is Canada’s plan to meet its greenhouse gas emissions reduction target, build resilience to the impacts of climate change and create clean growth and jobs through investments in clean technology, innovation and infrastructure.

ECCC reported in the statement that climate change is affecting the severity, frequency and duration of extreme events, including flooding, droughts, storm surges, high winds and heat waves, pointing to the 2016 Fort McMurray wildfire and British Columbia’s worst wildfire season on record. While the Fort McMurray wildfire was the costliest natural disaster in Canadian history at nearly $4 billion in insured losses, it also displaced 90,000 people and destroyed 2,400 homes and other buildings.

More recently, 1,105 wildfires have razed approximately 10,114 square kilometres of B.C. since April 1, displacing more than 45,000 people, ECCC said in the statement. About 2,500 people remain evacuated from their homes, with 154 fires continuing to burn. So far this season, wildfires have cost the province $309 million, five times greater than the amount budgeted.

“Climate change will significantly impact the frequency, duration, and intensity of heat waves, which can increase heat-related illnesses and fatalities in Canada,” ECCC continued. “During prolonged heat waves in British Columbia (July 2009) and in Quebec (July 2010), public-health officials stated that there were an estimated 156 and 280 deaths, respectively, from heat-related causes.”

In the federal government’s Budget 2017, $260 million over five years (2017-2022) was announced, building on Budget 2016 investments for adaptation programs on information and capacity, infrastructure, human health and well-being, vulnerable regions, and climate-related hazards and disaster risks such as floods, fires, and storms. Budget 2017 also provided further details on $22 billion in green infrastructure investments, including $2 billion for a disaster mitigation and adaptation fund.

“All regions of Canada are subject to the impacts of a changing climate,” Dr. Feltmate said in the statement. “In response to these impacts, the expert panel will serve a critical role in informing how we measure progress on advancing resilience and limiting extreme weather risk experienced by Canadians.”