The Government of Canada announced on Friday that it will consult with provinces and territories, Indigenous peoples, industries and non-governmental organizations to develop a clean fuel standard. 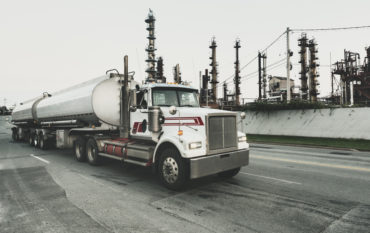 The standard would require reductions in the carbon footprints of the fuels supplied in Canada, based on lifecycle analysis, Environment and Climate Change Canada said in a backgrounder. The overall objective would be to achieve annual reductions of 30 megatonnes of greenhouse gas (GHG) emissions by 2030.

“This reduction will provide a significant contribution towards achieving Canada’s commitment of 30 per cent emissions reduction below 2005 levels, by 2030,” the backgrounder said, adding that “this reduction is like removing over seven million vehicles from the roads for a year.”

The approach would not differentiate between crude oil types produced in or imported into Canada, the ministry said. The standard would encourage the use of cleaner fuels in many sectors of the economy, including the fuels used in transportation, in homes and buildings and the fuels that power industries. It would address a broad suite of fuels, which could include liquid fuels (e.g., gasoline, diesel, and heavy-fuel oil), gaseous fuels (e.g., natural gas and propane), and solid fuels (e.g., petroleum coke).

The backgrounder noted that a variety of regulatory approaches are used throughout the world to reduce the emissions related to the use of fuel. These consultations would inform the development of a regulatory approach under the Canadian Environmental Protection Act.

Related: Liberals set plan to phase out coal by 2030, with flexibility for Nova Scotia

According to the backgrounder, the clean fuel standard would set requirements to reduce the lifecycle carbon intensities of fuels supplied in a given year, based on lifecycle analysis. By contrast to renewable fuel mandates, this approach would not prescribe the particular low-carbon fuel or technology that must be used; instead, it would focus on emissions reduction. The clean fuel standard would result in decreased emissions while minimizing compliance costs, the ministry reported.

Catherine McKenna, Minister of Environment and Climate Change, discussed the topic at the Toronto Region Board of Trade on Friday. In prepared remarks, she said that “month by month, year by year, decade by decade, we see overwhelming scientific evidence of climate change and its world-altering impact. And Canada is certainly not immune.”

For example, in Alberta and across the West, there are bigger wildfires that last longer. There are droughts in the Prairies and floods in the Atlantic provinces. Along Prince Edward Island, there is coastal erosion that is “quite literally shrinking the province.” And in the Arctic – where temperature increases are twice as high as the global average – ice cover is rapidly thinning.

“The impacts of climate change also come with huge financial cost,” McKenna said in the prepared remarks. “Insurance claims in Canada from severe weather events were $373 million a year from 1983 to 2004. That amount tripled to $1.2 billion a year in the past decade.”

In February 2017, Environment and Climate Change Canada will publish a discussion paper in to help guide consultations consisting of meetings, workshops, and technical working groups that will help inform the development of the clean fuel standard.

More News
Related
Canadians may not realize ‘magnitude of challenge’ in 2050 climate strategy
Government of Canada to develop a national Zero-Emissions Vehicle Strategy by 2018
Forecasting emerging risks expected to get tougher: Marsh/RIMS report
Federal decision is at hand for proposed LNG plant in northern B.C.