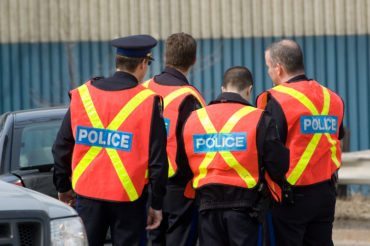 “We think more people are getting the message that it is never OK to drive impaired… and the minority who make the poor decision to drive when impaired are increasingly likely to be caught.”

Results from SGI’s December 2017 traffic safety spotlight, released on Jan. 18, showed that there were 238 impaired-driving related offences. These included 205 Criminal Code charges, such as blood alcohol concentration (BAC) exceeding .08, impaired driving or refusing a breath test, and 33 roadside suspensions (experienced drivers with a BAC ranging from .04 to .08).

The most recent results are a drastic decrease from the 353 impaired driving offences reported for the December 2016 traffic safety spotlight. There were 308 in December 2015 and 381 in December 2014.

McMurchy said that he believes the decrease comes down to a combination of awareness, enforcement and legislation. For one, “there has been a lot of discussion of impaired driving in the media” and the province’s high rate “is often referenced in media stories and there have been some high-profile drinking and driving criminal cases in which innocent people were killed by impaired drivers.”

Legislation regarding impaired driving got tougher in 2014 and again in 2017. Now, an experienced driver caught with a BAC between .04 to .08 on a first offence faces a three-day licence suspension, a three-day vehicle seizure, and has to complete a driving while intoxicated course.

“A lot of people think it’s just not worth the risk to drive after even two to three drinks,” McMurchy said. “Bars and licensed establishments are making special efforts to make sure their customers get home safe, including driving them home in some cases.”

Police continue to watch for impaired drivers throughout January and the year. Impaired driving remains the leading cause of traffic fatalities on Saskatchewan roads.

Other results from the December 2017 spotlight, which includes all traffic safety focus results for the month submitted by police as of Jan. 15: