The Government of Newfoundland and Labrador has announced the start of a comprehensive review of the auto insurance system in the province. 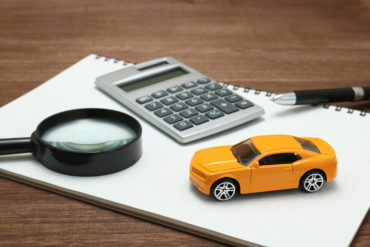 Perry Trimper, Minister of Service NL, announced the review in a statement on Tuesday.

As part of the process, the provincial Public Utilities Board (PUB) will conduct an independent closed claims study to better understand factors contributing to the rising automobile insurance claim costs in Newfoundland and Labrador, Service NL explained in the statement. PUB will also conduct public consultations to seek input on each aspect. The review will explore options and opportunities to “improve the insurance product overall” and at the end of the process, PUB will submit a report and recommendations to the provincial government.

A thorough review of all sections (third party liability, accident benefits, physical damage coverage and uninsured motorist coverage) of the auto insurance product will be undertaken, added a backgrounder from Service NL. The study will include a review of coverage limits and mandatory versus optional coverage. It will look to modernize and harmonize auto insurance regulation where possible. As well, it will examine product reforms and enhancements that have been proven beneficial to consumers in other jurisdictions in Canada, the backgrounder said.

Service NL will also conduct its own consultations, including exploring issues outside the scope of the PUB’s mandate, the statement noted, using the example of the rate setting process itself. Service NL will also examine ways to encourage more competition in the marketplace.

Details about the format and timing of the public consultations will be released as details are finalized.

Furthermore, government will continue to work with community stakeholders and law enforcement to identify opportunities to promote safe driving habits and to improve highway safety. “This announcement is building on the recently passed amendments to the Highway Traffic Act to strengthen impaired driving laws,” Service NL said. “Government has also announced its intention to bring forward increased fines for offences under the Highway Traffic Act in fall 2017.”

It is expected that any changes to the Automobile Insurance Act would be in place by the fall of 2018.

“An affordable insurance system that provides greater benefits and better value is an important objective described in The Way Forward,” Trimper said, referring to the provincial government’s vision for sustainability and growth released in November 2016. “Claims costs and insurance rates have increased steadily since the last review in 2005. We have heard the concerns of consumers and stakeholders who are finding it difficult to deal with the rising cost of insurance, so we have asked the Public Utilities Board to undertake this independent review as a way to find solutions that will benefit consumers.”

The backgrounder noted that the auto insurance system has not been reviewed since 2005. “Since that time, there have been increasing costs for consumers that lead to a variety of other problems,” the statement said.

During the review, data from closed insurance claims will be provided to PUB by insurance companies to identify the costs and their underlying causes. PUB will also conduct a modified closed claims study of taxi rates to determine why taxi operators face higher claim costs and insurance rates compared to the general driving public, the background said, adding that PUB will provide also recommendations to reduce claim costs and reduce rates.