The government of Newfoundland and Labrador has announced a plan for greenhouse gas (GHG) emissions reductions that involves monitoring to help form reduction targets. 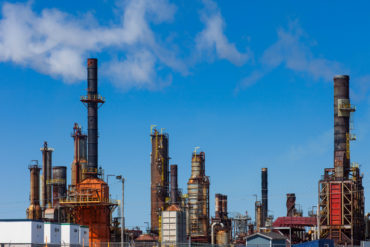 The Government of Newfoundland and Labrador’s Executive Council said in a press release on Tuesday that GHG emissions from industrial emitters will be reduced and a new fund for clean technology will be established through the government’s Management of Greenhouse Gas Act. The act will reduce GHG emissions in the province through a form of carbon pricing and comes after significant consultation with local large industry, the release said.

The legislation provides for two years of emissions monitoring to help form reduction targets. As well, a fund will be established for supporting emissions-reduction technology, which will be 100% industry-funded, the Executive Council said.

“This allows companies the flexibility to achieve emissions reductions at lower cost, while supporting projects that will help the province meet its greenhouse gas target,” the release said, adding that “the provincial government is committed to working with companies and industry associations on next steps, including consulting on the development of the fund and regulations.”

Large industrial companies in Newfoundland and Labrador account for 43% of GHG emissions, more than 30% of GDP, and about 15% of fiscal revenue.

Perry Trimper, the Minister responsible for the Office of Climate Change and Energy Efficiency, said that the act will help reduce emissions and create economic opportunities for clean technology projects in the province. “Climate change and energy efficiency are not just environmental issues – they are equally economic issues that can present opportunities for technology development, clean energy development and job growth,” he said. “I believe we are striking the right balance with the new Management of Greenhouse Gas Act.”

Added Dan Harris, the refinery manager at North Atlantic Refining Ltd.: “We welcome the approach that the provincial government has developed and the importance placed on taking local circumstances into account. Consulting with industry has ensured that we have been able to bring our perspectives to the table and we look forward to further work with the government to improve our environment.”

Ontario and Alberta are among the provinces who recently announced climate change initiatives. Ontario’s plan involves spending between $5.9 billion and $8.3 billion on climate change initiatives over the next five years, including financial incentives to get cleaner, more efficient vehicles on the roads and to convince homeowners and businesses to lower their carbon footprint.

And on Tuesday, the government of Alberta passed legislation that includes a multibillion-dollar carbon tax that is to take effect on Jan. 1, 2017, which will raise the price of heating bills and gas as an incentive to “go green.”