The government of Saskatchewan announced on Monday that it will add amendments to The Traffic Safety Act this fall to strengthen impaired driving legislation. 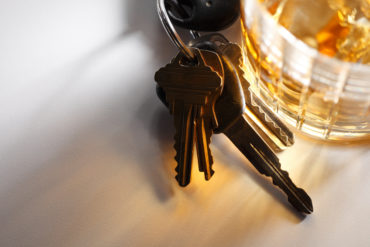 This fall, the government will introduce the following amendments:

“Drinking and driving has taken far too many lives in this province and people need to get the message that it is never acceptable, period,” said Joe Hargrave, the Minister responsible for SGI, in the statement. “Our government is committed to reducing the number of lives lost and people injured due to impaired driving.”

According to the statement, Saskatchewan has the highest rate, per capita, of impaired driving fatalities in Canada. In 2015, there were nearly 1,200 impaired driving collisions, killing 53 people and injuring 578 others in the province, the statement said, adding that 2015 data is preliminary and will change as investigations are ongoing and SGI receives additional police and coroner reports. The figures reflect information that is known to SGI as of Oct. 11.

In addition to the amendments, the government is “further supporting law enforcement efforts through more tools and funding.” SGI will invest $800,000 in 32 more automated licence plate readers (ALPRs) to help police catch disqualified drivers. This brings the total to 47 ALPRs, enough to equip all vehicles in the Combined Traffic Services Saskatchewan pilot, SGI reported. This pilot dedicates 60 officers to traffic safety enforcement, targeting problematic roadways and intersections in the central and southeast regions of the province, with a focus on impaired driving, distracted driving and speeding. 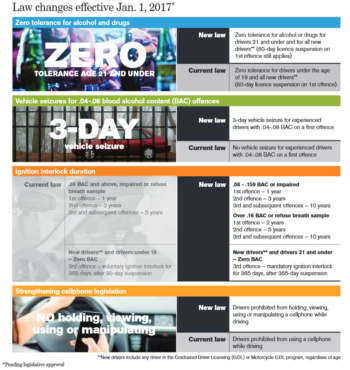 SGI is also providing $500,000 for law enforcement to increase check stops targeting impaired driving. And it is supporting drivers in changing behaviour by raising awareness of impaired driving consequences through multi-media advertising campaigns and social media channels. Campaigns are underway now and will continue into 2017 and beyond, the statement said.

Lastly, to combat distracted driving, and in response to recommendations from law enforcement, government is also strengthening cellphone legislation by changing the offence to “holding, viewing, using or manipulating” a mobile device while driving, instead of the current “using” a mobile device.

“While The Traffic Safety Act is open to strengthen impaired driving consequences, it made sense to make this change to cellphone legislation at the same time,” Hargrave said. “We need to make it clear to drivers that using a cellphone while driving is not acceptable – the distraction simply isn’t worth the risk.”

The province’s justice minister and attorney general, Gordon Wyant, said that the amendments build on changes the province made in 2014 to strengthen impaired driving laws. “Once passed, Saskatchewan will join Alberta and British Columbia in having some of the most effective impaired driving legislation in Canada. Our government also continues to explore other avenues to bring down the number of impaired driving deaths and injuries in the province, including closer examination of the full B.C. model,” Wyant said.

“We know that if drivers perceive their risk of being caught impaired as being higher, they’re more likely to change their behaviour,” Hargrave added. “Having police checking drivers is a way to do that. Knowing there will be more police check stops provides that extra motivation for people to plan a safe and sober ride ahead of time.”