The use of unmanned aircraft systems (UAS) is set to soar south of the border — expected to triple the number of manned aircraft by year’s end — producing new risks that will require insurers to adopt a new view, suggests a report released Tuesday by Allianz Global Corporate & Specialty (AGCS).

“As drones are becoming smaller, cheaper and easier to use – and regulatory change, particularly in the United States, lowers barriers to entry – growth prospects are surging,” notes a statement from AGCS.

The Federal Aviation Administration (FAA) projects more than 600,000 UAS will be deployed for commercial use – three times manned general aviation aircraft – and an additional 1.9 million UAS in recreational use by the end of the year, notes Rise of the Drones: Managing the Unique Risks Association with Unmanned Aircraft Systems. 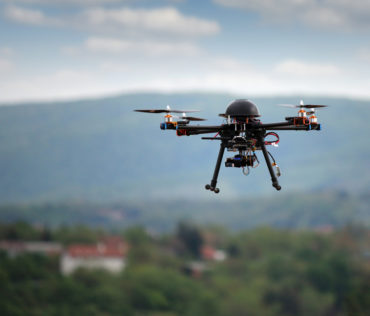 By 2020, commercial use drones are projected to baloon to 2.7 million, states the report, which examines issues and trends underpinning the rapid growth in UAS use and provides insight into the potential risk exposures

“As recreational and commercial UAS usage increases, new risk exposures are emerging,” it notes. “More incidents likely will occur once regulations are finalized that encourage more widespread use. Such incidents could result in multi-million-dollar claims against businesses, operators and manufacturers.”

Beyond the expected number of incidents and payouts, however, AGCS emphasizes that UAS can be challenging to insure.

“An underwriter must look at unmanned aviation risks differently compared with manned aviation as there are significant differences that impact on the insured valuation and loss adjustment,” the report cautions.

“In manned aircraft, the majority of the value is in the engines and airframe. Conversely, the most expensive parts of any UAS are the electronic components and sensor payloads. At the higher end of the equipment spectrum are advanced cameras and sensors costing up to $500,000,” AGCS points out.

The company reports that advances in technology are inevitably accompanied by a host of new and little-understood risks.

“There have already been enough incidents and near-misses to date involving UAS to generate concern that the likelihood of collisions and other loss events will grow as UAS numbers multiply,” James Van Meter, an aviation practice leader for AGCS, says in a company statement.

The report identifies the two priority safety concerns raised by UAS use as mid-air collisions and the loss of control.

“A collision can occur if the pilot cannot see and avoid manned aircraft in time,” it states. For example, helicopters, agricultural planes and aircraft landing or departing from airports generally fly below 500 feet.

As for loss of control, this can result from system failure or flying beyond signal range. The report characterizes this as “a major risk that has already caused incidents involving injuries. A scenario involving a pilot losing control of a UAS during a building inspection could result in a loss easily in excess of $5 million.”

In addition, damage from “foreign objects,” such as bird strikes, is already an established issue for the aviation sector, and a collision involving a UAS striking the engine of an airliner could cause $10 million in physical damage alone.

“Identification of both UAS and operator will be essential to maintain proper liability in general,” Thomas Kriesmann, AGCS’s senior underwriter for general aviation, suggests in the statement. “Introduction of car registration-style schemes will be needed sooner or later,” Kriesmann points out.

That said, the company notes that UAS have the potential to solve problems and save costs in future across a number of industries.

“Growth projections for the sector are significant as UAS become cheaper to purchase, smaller in size and easier to operate,” the report states. Globally, UAS market volume is forecast to reach 4.7 million units by 2020.

If growth projections for the commercial UAS industry in the U.S. materialize, AGCS adds, “there is potential for the drone insurance market to be worth $500 million-plus by end of 2020,” while globally, its value could be approaching $1 billion.

However, a number of issues will need to be addressed as use and market grow. One hurdle is that regulations have been a significant barrier to more widespread use of UAS, with the report noting that standards differ remarkably around the world.

“Clearly, the unmanned vehicle market is a burgeoning one, demanding the attention of companies wishing to put them to commercial use, government agencies wanting to regulate them and insurers seeing the need to mitigate their inherent risks with coverage solutions,” the report states.

Also, as UAS ownership grows, so will expectations around safety education. “Training is crucial to reducing the number of incidents and operators should focus on flight time calculation, meteorology, security checks for aircraft navigation systems, emergency instructions and air traffic law,” the report recommends.

It further cites a study in which UAS accounted for 21% of all “Class A mishaps” in relation to unmanned aircraft in 2004. That percentage had grown to 50% by 2011.

“Pilot/human error accounted for 28% of the mishaps, with 58% due to hardware failure issues,” the report points out.

Businesses, for their part, are advised that “additional training should include on-board camera image uses, flight communications and planning, system maintenance and a host of other technological issues,” AGCS adds.

“The potential risks which accompany the anticipated increase in UAS usage highlight the need for operators to carry insurance coverage to help protect themselves and the general public,” the report notes.

So-called drone insurance is a fast-growing area of the insurance industry and different coverages are available, depending on the type of use, AGCS notes.

“Commercial operators of UAS will require at least $1 million of insurance coverage to protect against risk exposures,” Van Meter advises.

The report notes that risk assessment considerations include the following:

* the maximum take-off mass (the higher, the more exposure);

* annual hours of use;

* use of high or low altitude (possible interaction with other commercial aircrafts); and

* pilot experience, including level of training; and

* mode of operation (within line of sight/out of sight).