More than half of Canadians believe their government-held personal data is at risk: Accenture study

More than half of Canadians believe their personal and confidential information held by all levels of government is vulnerable to a security breach, whether it’s an unauthorized internal access or an external data hack and theft, according to results of a survey conducted on behalf of Accenture. 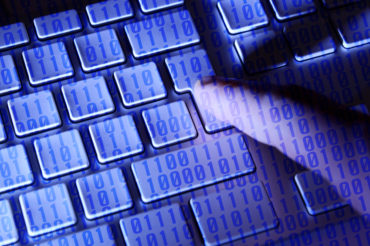 The survey, released on Wednesday, found that 54% of Canadians believe that personal information held by the federal government is vulnerable to a security breach – with 20% saying they are “very vulnerable” and 33% saying they are “somewhat vulnerable,” according to the results of the survey by Ipsos. For the survey, Ipsos conducted an online poll of 1,009 Canadians between April 11 and 14 on behalf of Accenture, a global professional services company. The poll is accurate to within +/ – 3.5 percentage points.

“We are in a new digital age, where it is difficult to understand who has our personal and confidential information and how it is stored or protected,” said Dave Telka, Canadian federal digital lead for Accenture in a press release. “The majority of Canadians – across all demographics and regions of the country – feel that they can’t trust the public sector to hold their information securely. Given that there is an ever-increasing demand for digital services from government because of the strong benefits to society, it’s clear that more work must be done to communicate today’s cybersecurity challenges, how governments are confronting them, and the role of both citizens and governments to keep information safe.”

Survey results form the basis of the Accenture Cyber Vulnerability Index, which measures the confidence Canadians have in various levels of government and institutions to keep private information secure and identifies those most concerned with their data being vulnerable to unauthorized access, a hack or theft.

Overall, 62% of Albertans report feeling vulnerable to data security breaches, more than all other Canadians, followed by those from British Columbia (58%), Ontario (55%) and Atlantic Canada (53%), with Quebec, Saskatchewan and Manitoba tied for last place (49%).

The survey assessed various levels of government and types of government institutions, as well as related entities. Generally speaking, those from Alberta felt most vulnerable, while those in Quebec felt least vulnerable. The findings indicated:

“Businesses and governments can take a leadership role in generating digital trust through advanced public awareness and education initiatives around the cybersecurity practices and safeguards they have in place to secure citizen data from malicious threats,” Telka concluded in the release. “By continually focusing on attracting highly skilled employees, further developing skills within their existing workforce, and reviewing and investing in the right technologies, governments will ensure that they are well positioned to protect their citizens’ personal data and predict, detect and respond to digital attacks.” 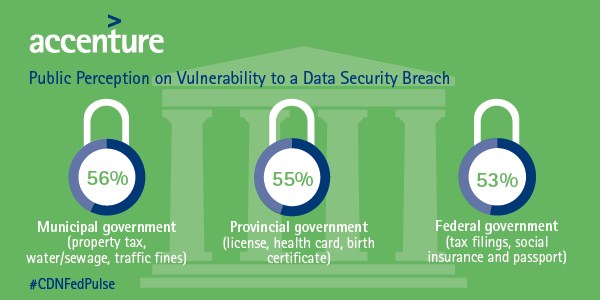 A majority of Canadians believe their personal and confidential information held by all levels of government is vulnerable to a security breach.

More News
Related
One in three cyberattacks in the past year resulted in a security breach for Canadian companies, new Accenture survey finds
Insider corporate data theft and malware infections among biggest threats to digital businesses in 2016: Accenture and HfS Research study
Autonomous vehicles will add US$81 billion in new premiums for U.S. auto insurers by 2025: report
One Alberta brokerage and two from Ontario join BrokerLink