New survey findings indicate a disconnect between how many Canadian businesses have experienced fraud in the last year and the high level of confidence among business and C-suite executives regarding their ability to prevent such incidents. 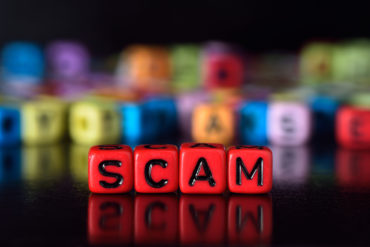 Half of the Canadian businesses taking part in the survey – carried out by Ipsos on behalf of national accounting, tax and business consulting firm MNP LLP – report knowing or suspecting their business has experienced fraud or scams in the last year.

Contrast the incidence of known or suspected fraud with eight in 10 respondents saying they are confident in their business’ ability to prevent fraud, MNP reports. Another almost 90% of those polled say they feel at least somewhat equipped to deal with the issue.

MNP suggests the “disconnect could be due to a dangerous combination of overconfidence and naiveté when it comes to fraud detection and prevention.”

That concern is reflected in the survey finding that “respondents were twice as likely to identify fraud as a serious issue in the wider industry in which they work than in their own place of business.”

In addition, survey results show two-thirds of respondents describe their businesses attitude to fraud and scams as proactive.

Greg Draper, former RCMP investigator and MNP’s current vice president of valuations, forensics and litigation support, cautions that an “it won’t happen to me” attitude creates a false sense of security.

That view “puts the advantage in the hands of criminals and makes Canadian businesses tremendously vulnerable,” Draper contends. “The reality is that no organization is immune from either internal or external fraud,” he says.

“Fraudsters will go to great lengths to assume the identity of company executives or trusted vendors; spoofing company email messages, researching employees who are responsible for money management and using language specific to the company being targeted,” Lynn Danis, criminal intelligence analyst with the Canadian Anti-Fraud Centre, says in the MNP statement.

Last year, the centre witnessed a 40% “increase in the number of victims of wire fraud, which involves electronic communications like email scams, one of the most common types of fraud experienced by businesses,” the statement notes.

Danis points out that prevention, ultimately, falls on the business and firms ranging from large corporations to small businesses can be hit. That is why “it is critical all organizations create a proactive security-vigilant culture.”

Draper explains that businesses that have been hit often do not know how or why it happened.

“They may have had security awareness and fraud training processes in place, but sophisticated scammers or even internal employees can find points of vulnerability. They realize they were not as equipped to deal with it after the dollars go out the door,” he comments.

Though fraud in Canada is on the rise, one positive survey finding is that for most respondents, concern about this type of crime has held steady for the past two years.

“All businesses must take preventative measures utilizing best practices, training and technology,” Draper recommends. “When you consider the financial and reputational risks, it is clearly worth the effort,” he argues.

The precision of Ipsos online surveys are calculated via a credibility interval. In this case, the total sample is considered accurate to within +/- 3.4 percentage points, 19 times out of 20, had all Canadian SBOs and C-suite executive been surveyed.