Hannover Re, Generali Group and SCOR announced on Monday that they have joined the blockchain insurance industry initiative B3i, bringing the total number of insurers and reinsurers in the initiative to 15. 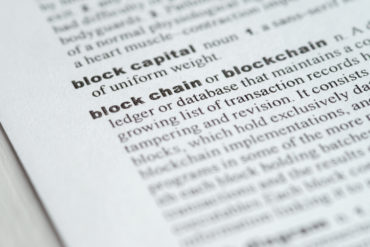 Members of the B3i initiative will explore the potential of distributed ledger technologies to better serve clients through faster, more convenient and secure services, Munich Re said last October when the initiative was first launched. The initiative was launched at that time by Munich Re, along with Aegon, Allianz, Swiss Re and Zurich Insurance Group.

Hannover Re said in a press release on Monday that members of the initiative will explore the ability of blockchain technology to increase efficiencies in the exchange of data between reinsurance and insurance companies. The participating members will implement a pilot project aimed at transacting reinsurance contracts amongst each other. “If blockchain technology proves to be a viable tool, it could transform the insurance industry through a shared, transparent record of contract-related information. Streamlining communication and transactions would subsequently improve industry processes and provide better insurance services to customers.”

“Blockchain technology has the potential to optimize business processes and value chains in the insurance industry,” Gerhard Ebeling, general manager and head of department IT operations at Hannover Re, said in the release. “With the B3i initiative, we now have a platform for the efficient and trendsetting testing and improvement of intercompany processes. We are therefore pleased to be part of this initiative and to have an opportunity to develop common standards for our industry.”

Steve Hales, head of connected insurance at Generali Group, said in a separate release on Monday that the company is excited to join the new initiative and looks forward to playing an active part in it. “It represents another milestone that confirms our commitment to creating value for our customers by embracing new technology which in turn can be used to mitigate risk and improve efficiency,” he said. “The blockchain initiative is particularly important in insurance where the secure and efficient exchange of information can benefit from disruptive technology that could eventually lead to game-changing applications.”

SCOR noted in a statement, also released on Monday, that it began testing blockchain technology in September of 2016 and launched a technical accounting blockchain proof of concept to assess the feasibility of using such technology. “SCOR is very pleased with the results of these tests, which demonstrate that blockchain technology (i) is agile and quick to implement, (ii) simplifies and accelerates interaction, with real-time status simultaneously shared by the business partners involved, and (iii) has the potential to efficiently reduce costs,” the statement said.

“The success of the proof of concept conducted by SCOR on blockchain, along with the work of the B3i members on this technology, will help to accelerate the digitalization of the (re)insurance sector, to the benefit of the whole industry,” predicted Denis Kessler, chairman & chief executive officer of SCOR.