A B.C. broker caught cheating on her CAIB 3 broker licensing exam has had her general and life insurance licenses suspended for a year. 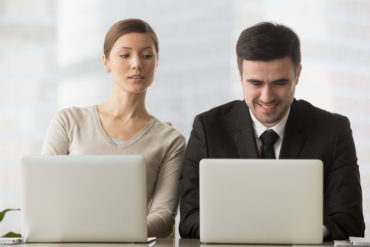 The Insurance Council of B.C. noted the broker was not deceptive when confronted about her behaviour. She admitted she had accessed her notes online during the exam process when she was not permitted to do so.

“Since it continues to identify instances of qualification exam cheating, council determined it is necessary to impose a significant suspension in this matter for both specific and general deterrence purposes,” the B.C. broker regulator wrote in a June 27 decision.

Last November, the B.C. Insurance Council cancelled the life insurance licenses of several agents in B.C. after it was determined that multiple individuals in a specific life insurance agency had colluded to cheat on their licensing exams.

In this particular situation, the broker was writing her CAIB 3 exam in June 2017. Offered by the Insurance Brokers Association of B.C., the exam is proctored and written online. It’s a step toward qualifying to hold a Level 2 agent license.

The broker quite openly told council that she found the material difficult. More than halfway through her exam, a proctor noticed she had her email and study notes open on a web browser.

Four days after the exam, the administrator sent a letter to the broker indicating that she had been disqualified. The letter noted that she had been warned twice by the proctor not to have any browsers open while writing the exam.

In her defence, the broker said she had only consulted her notes once, not two or three times, as suggested by the proctor. She maintained she only had her notes open for one or two minutes and closed them on the web browser as soon as she received the proctor’s message on her computer. She submitted a letter to council acknowledging she had made a mistake and would not repeat it.

“Council views any kind of academic dishonesty to be serious, particularly where it is carried out in order to help an individual potentially qualify to hold or to upgrade an insurance licence, as is the case here with the licensee,” council wrote in its decision. “Such behaviour, in council’s opinion, must not be tolerated as any other stance could bring the qualification process to hold an insurance licence into disrepute.”

More News
Related
Broker fined after leaving agency with his own book of business
Why IBAO decided to move CAIB exams online
How to prevent brokers from poaching clients when they leave the brokerage
New, revised CAIB expected by fall