Ontario’s ill-fated effort to force auto insurance rates down 15% is having some lingering effects on one insurer.

“I think we were one of the few [Ontario auto insurers] that met the government’s mandated 15% rate reduction and that has had consequences as claims inflation has come up,” said Rowan Saunders, CEO of Waterloo, Ont.-based Economical Insurance, in an interview Wednesday. 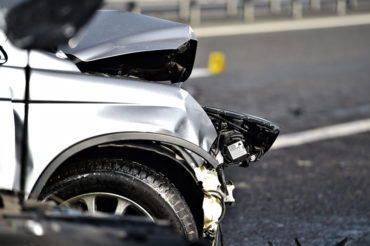 In the spring of 2013, the Ontario Liberal party had a minority government that narrowly escaped defeat when the New Democratic Party voted in favour of the 2013-14 budget in exchange for a promise to mandate a 15% rate reduction in auto insurance. What followed was a rule essentially forcing auto insurers to explain in their rate filings how they would help meet this 15% target. It turns out the actual industry-wide rate reduction, by 2017, was 8.3%, A.M. Best Company Inc. reported in August, 2017.

In the summer of 2017, Economical “put a material rate increase in [the Ontario] portfolio,” Saunders told Canadian Underwriter Wednesday.

“We have subsequently filed and achieved a rate increases in every other province in which we do business,” Saunders added. “Going forward we are still seeing both an increase in frequency and an increase in severity and of course as appropriate we will respond to whatever the cost inflation we see emerging.”

“As a major auto underwriter, when we are at a difficult stage of the automobile cycle, there certainly are some headwinds facing our auto performance,” Saunders said Wednesday. “There are a lot of profit improvement actions that we have great confidence in.”

Economical left some “unprofitable” books of business during the second half of 2017, the firm said Feb. 20 in a release.

Fabian Richenberger, Economical’s executive vice president of commercial insurance, told Canadian Underwriter earlier that Economical has been “reducing” its exposure to some specific commercial auto segments, including taxis and towing.

“On the commercial portfolio, there were a number of segments that have been challenging both for the industry and for Economical,” Saunders said Wednesday.

Economical is doing a “significant repricing” of its commercial auto portfolio, Saunders added.

“I think we are seeing a pretty firm market in segments of the fleets that may include taxis, some long hauls, sand and gravel,” Saunders said. “That market is really challenged and as we put corrective actions in place we know we are not alone in that area.”