What happens when your mechanic gives you insurance advice

After following up on their mechanic’s suggestion to file a retroactive insurance claim, a B.C. couple is now on the hook for an $800.75 repair job to their 2010 Toyota Prius. 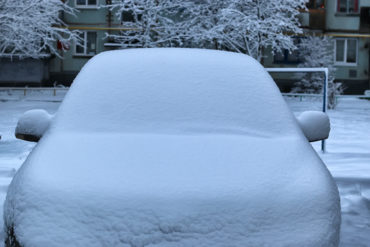 Blenda and Raymond Pilon made an auto insurance claim after the headlights of their Prius were damaged due to the effects of a heavy snowfall, followed by heavy rain, in January 2017.

In support of their claim, they produced an Oct. 17, 2017 letter from the mechanic stating that their vehicle was damaged from water intrusion caused by a snowfall that engulfed the vehicle. The mechanic said the snow caused a short when the vehicle was switched on, as “power and ground” were present inside the headlight assemblies. He said the repair required replacement of the headlight assemblies.

The couple told a B.C. small claims court that when the repairs were performed, they did not know if insurance would cover the claim. “They only considered an insurance claim when their mechanic suggested it months later,” wrote Kate Campbell, the adjudicator for B.C.’s Civil Resolution Tribunal.

After talking to their mechanic, they called a manager at the Insurance Corporation of B.C. (ICBC), who told them the damage would be covered if caused by “an Act of God.” But its unknown in what context the manager provided this opinion, and neither the manager nor the mechanic appeared to have any direct knowledge of the specific wording of the policy.

The tribunal denied the couple’s claim, noting the insurance policy says: “…until the insurer has had a reasonable opportunity to inspect the vehicle,” the car owner must not “make any repairs to the vehicle, other than repairs that are immediately necessary to protect the vehicle from further loss or damage.”

“I find the repairs were not immediately necessary to protect the Prius from further loss or damage,” Campbell wrote in the tribunal decision, released last Tuesday. “Although the headlight repairs were necessary and the car was likely unsafe to drive, there is no evidence to suggest it was getting worse. I also note that the invoice indicates that the repairs were performed at least a week after the snowfall, so they were not done on an emergency basis.”

More to the point, the small claims court found that the province’s public auto insurer, ICBC, had not had an opportunity to inspect the vehicle before the couple took it to their mechanic for repairs.

Furthermore, the policy specifically states that the car owner “must not, without the consent of the insurer, remove any physical evidence of the loss or damage to the vehicle.”

Since the mechanic did not originally handle the repair as an insurance job, he had disposed of the wiring harness at the time of the repair because no claim was anticipated. For their part, the couple said they kept the broken headlights “for a while,” and provided the respondent with a photograph of them.