The “alarming trend” towards increasingly severe and frequent weather events causing higher insurance payouts continues in 2019, with close to $900 million in insured losses recorded already so far this year.

In 2018, insured damage from severe weather across Canada exceeded $2 billion, the fourth-highest amount of annual losses on record. The country has averaged $1 billion in insured cat damage every year over the past decade. 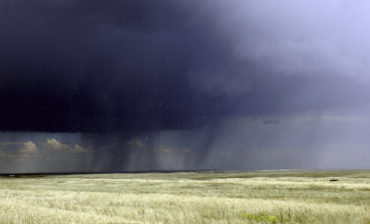 Severe storms that hit Alberta, Saskatchewan and Manitoba from July 13 to 15, and southern Alberta and Saskatchewan on July 30, caused over $130 million in insured damage, Catastrophe Indices and Quantification Inc. (CatIQ) said Thursday.

“Western Canada was impacted by several storms this past summer, but these two stand out in terms of the catastrophic losses suffered,” Celyeste Power, vice president of the Insurance Bureau of Canada’s (IBC) western region, said in a press release Thursday. “Severe, unpredictable weather like this is becoming more frequent, resulting in higher costs to homeowners, insurers and governments.”

For the two storms and all provinces affected, nearly two-thirds of damage was to personal property, with the remaining losses in commercial property and auto. Initial estimates of the first storm was over $40 million in total damage – $11 million in Alberta, $29 million in Saskatchewan and $2 million in Manitoba.

The second storm cost about $91 million in Alberta and Saskatchewan, with almost all the insured damage ($90 million) in Alberta.

From July 13-15, severe weather caused significant hail, wind and water damage, with 102 kilometre per hour wind gusts and 68 millimetres of rain. Damage to homes and vehicles included siding torn off homes and shingles torn off roofs, as well as shattered windows and windshields.

The highest cost of insured catastrophic loss on record was in 2016. The Fort McMurray wildfire and several storms across Alberta, Saskatchewan and Manitoba caused insured losses to exceed $5 billion.

Last year, insured losses exceeded $2 billion. The costliest insured loss event of 2018 was a May wind storm that caused insurers more than $622 million.