Waterloo, Ont.-based Heartland Farm Mutual and Berwick, N.S.-based The Kings Mutual Insurance Company announced the proposed merger Monday. Policyholder meetings are planned for May 2021, with a proposed effective date for amalgamation of June 30, 2021. The transaction is contingent upon receiving federal regulatory approval and policyholder support at each company’s annual general and special meetings.

“Kings and Heartland are excited for the proposed merger and believe the companies will be stronger together,” the mutuals said in a joint announcement. “The amalgamation provides significant synergistic opportunities across both Ontario and Nova Scotia and will enable Heartland to deploy automobile insurance products in Nova Scotia.”

If approved, the merger will form a company with a combined premium revenue of $142 million. 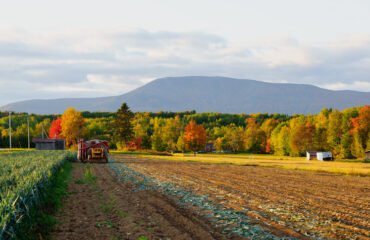 Heartland was established Jan. 1, 2016, as a result of the amalgamation between North Waterloo Farmers Mutual Insurance Company (established in 1874) and Oxford Mutual Insurance Company (established in 1878). In 2019, the company had premium revenue of $128 million and assets of $306 million. Heartland reports it is the second-largest insurer in the group of companies known as farm mutuals in Ontario. It offers home, farm, auto and business insurance through brokers and agents in Ontario.

For its part, Kings Mutual was also established Jan. 1, 2016, as a result of the amalgamation between The Kings Mutual Insurance Company (established 1904) and Pictou County Farmers Mutual Fire Insurance Company (also established in 1904). The mutual offers home, farm and small business insurance through brokers and agents in Nova Scotia. It is the largest farm mutual in Nova Scotia, with premium revenue of $14 million and assets of $52 million.

Lynn MacLaren, chairwoman of Kings Mutual, said in the release that “leveraging the strengths of each company will result in information technology investments and improvements, enhanced product offerings and improved customer experiences for Nova Scotia policyholders.”

Heartland chairman Larry Binning added that the amalgamation “supports both organizations’ scale aspiration and brings several benefits, including geographical spread of risk through access to new markets, great economies of scale and a stronger overall capital base, all of which will benefit policyholders.”

Kings Mutual and Heartland will keep policyholders, brokers and other stakeholders fully informed on the progress of the proposed merger. Regular updates will be available during the period leading up to the annual general and special meetings and to the effective date of merger.

Philip Heywood, partner, transaction services and financial services due diligence leader with PwC Canada, told Canadian Underwriter several years ago that industry analysts were watching to see whether some of the more regional mutuals would “effectively join forces and build up a larger geographical presence and a bigger balance sheet,” thereby positioning themselves to demutualize through an initial public offering several years out.

“It may be that the industry needs a bit more of a catalyst to make that happen,” Heywood said at the time. “Whether that catalyst is impact on the balance sheet through Cat events, disruption to the business through technology, or if we see a number of the larger mutuals demutualize and there’s more consolidation as a result of that, we might start to see the smaller more regional mutuals look to not get left behind.”