With new technology-driven auto insurance on the horizon, some motorists will drive less and buy insurance from carriers who target low-mileage vehicles, the founder of a comparison shopping provider suggests.

MyPace is intended for vehicles that are driven fewer than 9,000 kilometres a year. Scheduled to launch this July in Ontario, the product uses data gleaned from telematics data. The total distance driven will be major a rating factor.

Vehicles insured under MyPace would be quoted a “base rate” and be charged in 1,000-kilometre increments. The “base rate” would use traditional auto insurance rating factors such as make and model of vehicle, drivers’ experience and location. Commuter train riders, as well as retirees who only drive to visit family, are among the target markets for MyPace. 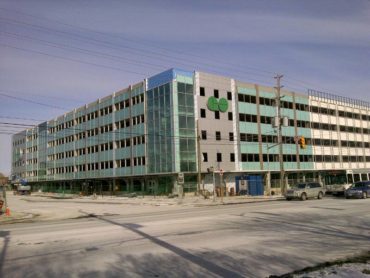 The aim is to let consumers pay less if they drive less.

Profits “will probably be higher” for insurance companies offering products similar in concept to MyPace, Thouin said, “because they lower [the insurers’] risk if these people are driving less.”

Insurers offering such products will have to pay for electronic devices that are installed into vehicles to collect data – including distance driven, location, speed, hard braking, and sudden acceleration.

Several insurers – including CAA, The Co-operators, Desjardins and Intact – have been offering telematics-based auto insurance for a few years to their customers. Also known as usage-based insurance (UBI), these products let insureds get discounts for low-risk driving behaviour. What’s different about MyPace is that total distance is the only data to be used from telematics.

Saving money by driving less could entice auto insurance customers to choose telematics, Thouin said, adding many motorists “don’t want to feel like Big Brother is watching them every time they get in the car.”

Though MyPace is only rolling out in Ontario this summer, CAA Insurance is “potentially” looking at offering the same product in Nova Scotia, New Brunswick and Prince Edward Island, a CAA insurance spokesperson told Canadian Underwriter Thursday.