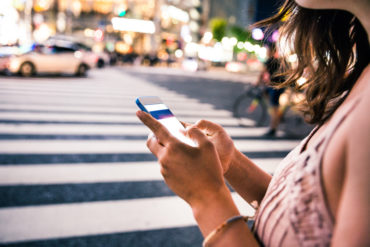 Aviva Canada raised the issue of how the Canadian property and casualty insurance industry will handle disputed ridesharing claims in an interview with Canadian Underwriter in early December, when the insurer announced its recent partnership with Lyft.

More specifically, Aviva asks: Who will cover the claim when a ridesharing driver involved in a collision has opened multiple apps to seek a fare, but hasn’t yet accepted a fare or picked up a passenger?

“At the present time, I think the industry is trying to resolve, ‘How do we handle accidents when multiple apps are open?’” David D’Arcy, Aviva Canada’s senior manager, initiative lead of Lyft, told Canadian Underwriter in an interview. “The interesting piece is that we have to, as an industry, come to grips with the Phase 1 coordination of coverages.”

Phase 1 refers to the ‘Pre-Acceptance’ phase of Aviva Canada’s Lyft policy in which a Lyft driver has turned on the app, triggering ridesharing commercial policy coverage, but has not accepted a fare yet.

“You’re going to be covered. It’s just, ‘How are we going to divvy it up among the different ridesharing companies if you have multiple apps on at the same time?’” D’Arcy asked. “That’s been the experience in the U.S.”

Canadian Underwriter asked Ontario’s regulator what happens when a Lyft driver gets into a collision before picking up the passenger, and the driver has Uber, Lyft and InstaRYDE ridesharing apps open all at the same time?

In this scenario, it’s conceivable the driver will claim policy coverage from Intact, Aviva and Northbridge, since the apps for which they are offering coverage are all open at the same time.

Ontario’s Insurance Act does not specifically address ridesharing situations involving multiple apps, the Financial Services Commission of Ontario (FSCO), the province’s insurance regulator, responded in an email to a query from Canadian Underwriter. But the rules for determining coverage involving accidents in a ridesharing situation are the same as for other accidents.

“For statutory accident benefits claims, the driver likely has a choice as to which insurer to make the claim against, since he or she is the named insured under more than one ridesharing policy when two apps are on at the same time,” FSCO said in its statement. “If there is a dispute about which insurer is liable to pay statutory accident benefits, the first insurer that receives a completed application for benefits is responsible for paying them pending the resolution of the dispute.”

This latter aspect of ridesharing seems less likely to be problematic for the industry as a whole, D’Arcy says, because the ridesharing companies in their first notice of loss will be able to tell insurers exactly when the incident occurred. The apps will also have information about the phase of the ridesharing driver’s journey – i.e. whether or not the driver had picked up a passenger, and thus what policy liability limits apply.

“They [ridesharing apps] are providing us with that information, so we automatically know what limits are going to apply to that individual loss,” said D’Arcy.