The highest level of catastrophe losses in five years contributed to the U.S. property and casualty insurance industry witnessing deteriorated underwriting results in the first quarter of 2016 compared to the prior-year quarter, notes a special report issued Friday by A.M. Best. 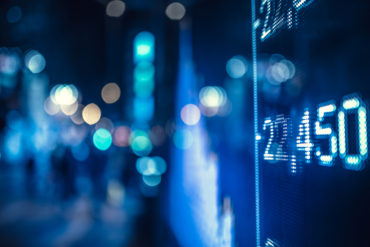 The industry’s underwriting gain was US$2.1 billion for the first quarter of 2016, down from US$3.9 billion in the same quarter of 2015, notes Resurgent Catastrophe Losses and Declining Investment Income Impact U.S. Property/Casualty First Quarter Results. “The resulting combined ratio of 97.4 was 1.6 points worse than the 95.8 posted last year,” a company statement adds.

The change was “driven by the highest level of first-quarter catastrophe losses since 2011,” A.M. Best reports.

In terms of direct premiums written, these increased 4.4% in 2016 Q1 compared to being up 4.1% in 2015 Q1. “The three largest lines on a direct basis, private passenger auto liability, auto physical damage and homeowners/farm owners multi-peril, posted continued solid growth, with the auto lines growing at a rate exceeding the industry average,” the statement points out.

The higher Cat losses in 2016 Q1 combined with reduced net investment income and realized gains for the U.S. p&c industry compared to 2015 Q1. “This decline reflected increased market volatility early in the quarter and the continuing pressure on yields caused by the persistently lower rates on reinvestment,” the report explains.

Other results in 2016 Q1 include the following: