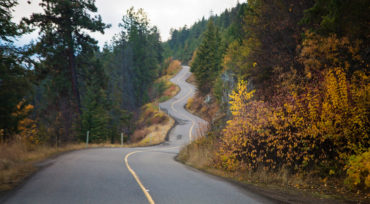 For the study, researchers included accident claims from 2009-2016 in the analysis. Out-of-province incidents, vandalism and incidents occurring in a parking lot were excluded. Claims also did not include contributory factors such as impaired driving.

“The increase in crashes, and especially fatal crashes in our analysis was larger than previously reported,” wrote researchers Jeffrey Brubacher, Herbert Chan, Shannon Erdelyi, Gordon Lovegrove and Farhad Faghihi. “In particular, we found that the number of fatal crashes on affected road segments more than doubled (118% increase) following BC’s speed limit increases, whereas previous evaluations of speed limit increases from other jurisdictions found increases in fatalities ranging up to 38%.”

Part of this difference may be explained by B.C.’s unique environment. Travel in rural B.C. is particularly hazardous because of a harsh winter climate, mountainous terrain causing curvilinear alignments, fewer roundabouts (which reduce risk of side impact collisions), and the fact that large regions of the province are remote, with limited access to post-crash trauma care.

“Based on our findings, we recommend that British Columbia roll back the 2014 speed limit increases,” the researchers suggested. “Other jurisdictions, especially those with harsh winter climates or with highways that traverse mountainous terrain, should learn from this experience and resist pressure from pro speed advocates to raise speed limits without due consideration of road safety.”