A quarter of those taking part in a new RBC Royal Bank poll seem to be taking a “wait-and-see” approach to buying a home within the next two years, but the dip from 2016 is buoyed by Millennials more willing than any other age group to take the plunge. 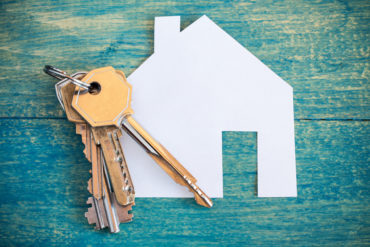 In all, 39% of respondent Millennials – defined as those aged 18 to 34 – report they intend to buy a home within the next two years, note findings from the RBC 2017 Home Ownership Poll.

Overall, results of the 2017 survey indicate that just 25% of respondents plan to purchase a home within two years, down from 29% in 2016.

Among the cited concerns is the belief that prices may come down (58%), lack of affordability (38%), economic unpredictability (51%) and concerned by some (36%) if their mortgage payment increased by 10% or more, notes the RBC statement.

The survey further shows fewer polled Canadians believe they are well-positioned to weather a downturn in the market (65% in 2017 compared to 73% in 2016) or a potential increase in interest rates (57% compared to 63%). 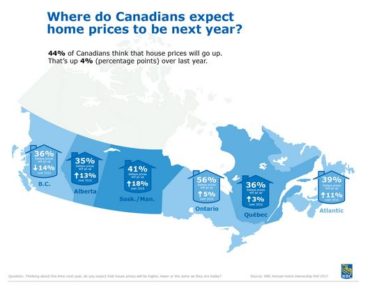 Conducted by Ipsos on behalf of RBC, results are based on a national survey of 2,073 Canadians aged 18 and older who completed surveys online. The poll is accurate to within plus/minus 2.5 percentage points, 19 times out of 20.

Overall, 82% of polled Canadians say buying a home remains a good or very good investment. That said, many respodents are finding home ownership – the Canadian Real Estate Association reports the average price tops $500,000 – to be out of reach.

“For many Canadians, buying a home is a financial and personal milestone – often the biggest investment one will make,” Nicole Wells, RBC’s vice president of home equity financing, products and segments, says in the company statement.

Wells advises that knowledge and education are key. “In today’s market, the best advice is to start with understanding exactly how much you can afford and focus on your wants and needs ahead of starting the house hunt,” she says. 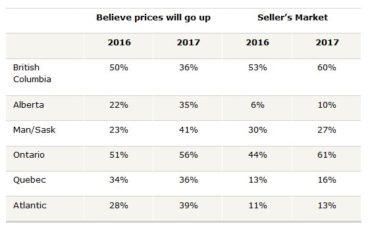 Survey findings indicate all provinces (except British Columbia) show an increase in the number of people who feel that home prices will go up.

Residents in B.C. and Ontario report that they feel strongly they are living in a sellers’ market. But for the first time in three years, fewer residents of B.C. believe prices will go up by this time next year, showing a change in perception that may impact the trend of the market.