Why homeowners are happy with their insurers despite rate increases

Despite rising premiums, homeowners’ satisfaction with their insurance providers has increased for the third consecutive year, according to the J.D. Power 2018 Canada Home Insurance Study. 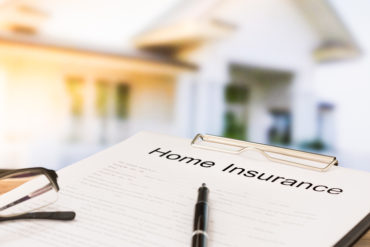 Despite experiencing the highest price increase since 2016 (13%), customers in the Quebec region still pay the lowest annual home insurance premiums ($960), followed by policyholders in the Western region ($1,200). In the Atlantic/Ontario region, homeowners pay the highest median annual premiums at $1,284.

The J.D. Power study is based on responses from 5,676 homeowner insurance customers across the country. It examines satisfaction based on five factors (in order of importance):

J.D. Power attributes the rising customer satisfaction to “step-change improvements in channel performance. Higher levels of satisfaction are driven by the industry’s collective focus on improving the way customers interact with their brands, particularly local agent and online relationships.”

The year-over-year improvement in customer satisfaction can be attributed to insurers’ improvements in the following three areas, J.D. Power says:

“Insurers understand the important role channels play in shaping customer satisfaction,” says Tom Super, director of the insurance practice at J.D. Power. “Within an environment that has experienced both premium increases and several large cat events, an effective channel strategy can help mitigate the negative effects of those events if managed properly.”

“Transparency is the best strategy when it comes to rate action,” Super says. “Insurers that do a better job of proactively communicating an increase to customers are more effective in retaining quality-driven insurance customers than those insurers that are less forthright.”

The study also looked at the 2016 Fort McMurray wildfire, which generated 60,000 claims totalling about $3.8 billion in losses. “Of those claims, more than 900 remain unsettled, elevating residents’ frustration,” J.D. Power said. “While satisfaction has steadily improved among customers in the Alberta province over the past three years, the provincial [satisfaction] average is still lower than the national average (769 vs. 786, respectively), indicating that insurers have room for improvement.”