Homeowners could see cheaper premiums with private insurance than with NFIP: report

A majority of single-family homes in Florida, Texas and Louisiana could see cheaper premiums with private insurance than with the National Flood Insurance Program (NFIP), according to a briefing paper from Milliman, a provider of actuarial and related products and services. 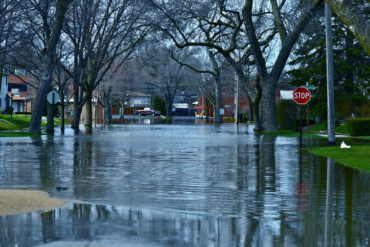 Overall, across the three states, Milliman found that a “majority” of single-family homes could see cheaper premiums with private insurance than with the NFIP. “Based on our estimates, this would hold for 77% of all single-family homes in Florida, 69% in Louisiana and 92% in Texas,” the paper said. “Furthermore, of the homes modelled, 44% in Florida could see premiums that are less than one-fifth that of the NFIP, while the same holds true for 42% of homes in Louisiana and 70% of homes in Texas.”

Conversely, using the model, private insurance would cost over twice the NFIP premiums for 14% of single-family homes in Florida, 21% in Louisiana and 5% in Texas. “Therefore, although we expect that more refined risk-based rating from private insurers would provide lower premiums for many homeowners, the NFIP’s current premiums would be a more cost-effective option for some,” the paper said. “We expect that, even if private insurance takes hold, there will be some property owners who would likely continue to need some type of government support due to affordability issues.”

For zones designated as Special Flood Hazard Areas (SFHAs) (requiring mandatory flood insurance coverage for homes with a federally backed mortgage) combined, private insurance could offer cheaper premiums than the NFIP for 49% of single-family homes in Florida, 65% in Louisiana and 77% in Texas. With a specific zone considered the most hazardous of the SFHA, 62% of Florida homes, 85% of Louisiana homes and 88% of Texas homes could see lower premiums under a private market, the paper suggested.

The studies also assumed a $250,000 maximum flood limit, consistent with the NFIP, and a 35% target loss ratio.

The NFIP is estimated to be $24 billion in debt and the deadline to renew the program is approaching at the end of September. Policymakers in Washington are debating flood insurance reform through a number of bills in the U.S. Senate.