Hospitality cover? This is a job for the Business Insurance Action Team

Hospitality clients are starting to get coverage from multiple carriers on a subscription basis through the Business Insurance Action Team, says the CEO of one of the participating insurers.

Cambridge, Ont.-based Gore Mutual is participating in the BIAT, launched in October 2020 by the Insurance Bureau of Canada. The BIAT helps clients in the hospitality and restaurant sector find coverage.

With BIAT, IBC has bought together a panel of insurers including Gore Mutual, CEO Andy Taylor said in a recent interview.

As risks are placed through the BIAT, the panel of insurers share a proportionate amount of risk on a subscription basis. How much they write is based on the participating insurers’ relative market share, Taylor told Canadian Underwriter in an interview about Gore Mutual’s 2020 financial results.

With the BIAT, IBC is aiming to address both increasing rates and the withdrawal of some insurers from the hospitality market, IBC vice president Jordan Brennan said this past October during a keynote address at the Insurance Brokers Association of Ontario (IBAO) annual convention. 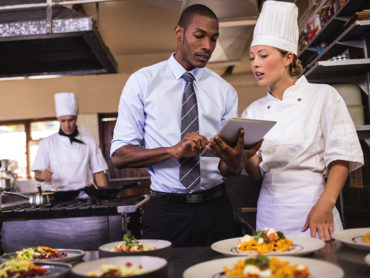 Brennan’s address to the IBAO occurred shortly after Ontario Premier Doug Ford was quoted by the Canadian Press as warning commercial insurers to rein in what he described as “astronomical” rate increases to businesses or outright denial of coverage.

Officials from Intact Financial Corp. were asked about the hospitality sector during the company’s 2020 Q3 earnings call. One analyst had asked if Intact executives were worried about commercial insurance becoming more regulated.

“In the high-risk areas of the market — take bars and restaurants with heavy liquor liability, [for example] — this part of the market was largely served by foreign operators and a number of them left,” Intact CEO Charles Brindamour explained. “This has led to a capacity crunch in a very small portion of the market.”

It is particularly difficult to place coverage for establishments making 70% or more of their revenue on alcohol – such as strip clubs, nightclubs and pubs, Nona McCreedy, Alberta-based owner of MGA Aurora Underwriting Services Inc., said in an earlier interview.

For some nightclubs and taverns, a Lloyd’s syndicate may offer a $5-million general liability policy, but the sub-limit for alcohol liability is $1 million, McCreedy told Canadian Underwriter in 2020.

“Vehicle impacts claims are also very common, and many restaurants in Canada have drive-thru capacity, particularly in the fast food area,” said McNulty. “Along with many of these incidents, we incur business interruption claims. We looked across the entire portfolio. With the pattern that we could see in the business in the aggregate, and the way that we price this business, it just wasn’t commensurate with the level of losses that we were seeing.”