How a shrinking office footprint can grow your company

You can grow your business by shrinking the office footprint, as long as you do it correctly, the CEO of Travelers Canada says.

Several P&C insurance company executives are openly discussing how much office space they might actually need once the COVID-19 pandemic has subsided.

A Canadian Underwriter survey of more than 1,100 P&C professionals showed that 87% of people are working from home to prevent the spread of COVID-19. Almost three-quarters (72%) said they prefer working from home. Four in five (81%) called for their employers to offer more flex time to work from home after the pandemic is over.

But if P&C companies are going to look at reducing office space, it can’t be from the perspective of saving a buck,  Heather Masterson, president and CEO of Travelers Canada, advised during a recent webinar.

Travelers Canada has had a flexible work arrangement with its staff for a number of years now. Since they didn’t have to hire people to work in a particular location, they were able to recruit much more widely for talent in the geographical areas they serve. Consequently, they were able to unearth hitherto unknown talent, who subsequently allowed the company to expand its product offerings. 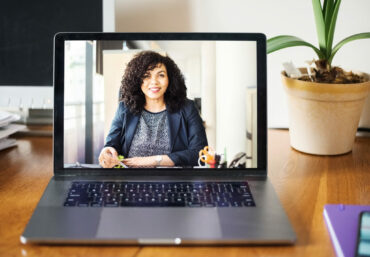 The recruitment advantage of a smaller footprint “may not be obvious when you’re living and working in a city like the GTA, the Greater Toronto Area, where you do have a large talent pool to cast your net,” Masterson said during the Insurance Institute of Ontario’s latest At the Forefront series, entitled Strategies for Recruitment and Retaining Staff In Office or Remotely. “But it becomes really obvious when you’re in smaller locations and you have a smaller insurance community to be pulling talent from.”

Travelers Canada hired about 18% of its workforce in 2020, despite nine months of the year being affected by a global pandemic that placed restrictions on workplaces and indoor gatherings. Figuring out how to hire during these times was something the company had to wrap its head around quickly, Masterson said.

“What we found was, our ‘time-to-hire’ — that whole recruitment process — has seen some pretty great efficiencies,” Masterson said. “We gained a 38% efficiency from the time we posted for the position to the time we onboarded the candidate.”

The whole process became more convenient for employers and applicants alike. Pre-COVID, candidates who applied to a number of jobs had to keep a schedule of interviews; they had to factor in the time spent commuting to meet for an interview with the employer. In the meantime, an employer looking for a new hire has to keep up with its typical daily tasks. A virtual conversation eases the pressure for both sides.

“It’s just way easier and much more frictionless,” Masterson said. “So to that extent, [meeting virtually] has helped with reducing the timing for hiring, and it’s made it a more convenient and easier process.”

There are limitations, however. For example, how do you convey corporate culture?