How a simple office procedural error led to a fine for a broker, the nominee, and the brokerage

A “lack of appropriate office procedures,” in addition to a “casual” approach to handling a client file, led to a series of miscues that resulted in coverage not being bound for a married couple who reported a theft of their property in a storage facility while moving their residence, the B.C. Insurance Council has found.

Complicating matters was that the couple was apparently unaware for five weeks that their coverage was not bound, all the while the brokerage was scrambling to fix its error, the council found. [The brokerage nominee told the council that he had in fact informed one of the clients about the issue during this period, but his explanation was not understood.]

To the credit of the brokerage nominee, he was able to work out a solution five weeks down the line that ultimately resulted in a payment to the claimants for the loss. But the council nevertheless fined the broker ($1,500), the nominee ($1,500), and the brokerage ($2,000) for lax office procedures and miscommunication related to the error. 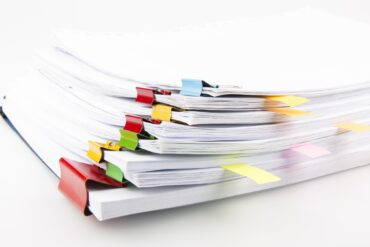 In March 2018, a married couple who were clients of Lung Hwa (Andy) Tan, a broker at Troy Wotherspoon Insurance Services Ltd., informed Tan that they were in the process of moving their residence. On the advice of Tan, they submitted an application for a storage insurance policy on or around Mar. 23, 2018.

In the following days, the insurer provided a quote to the brokerage, and the married couple instructed Tan to move forward with the policy.

On Apr. 1, 2018, the council decision notes, Tan put the application on the desk of a colleague. A sticky note placed on top of the application contained the couple’s credit card information and handwritten request to bind the quote and process the payment. “[Tan] did not speak with the colleague, who was out of her office at the time, and did not follow up with her about the matter,” council’s disciplinary decision observes.

About six weeks later, on May 18, 2018, the married couple contacted the broker to file a theft claim, saying their property had been stolen from their storage facility. Tan searched for the storage policy at the brokerage office on the following day and “discovered that the application was still on his colleague’s desk, and had never been bound or had its payment processed,” the council decision notes.

At this point the brokerage’s nominee, Troy John Wotherspoon, got involved.  He worked with the insurer to see if it would bind and backdate the policy and cover the loss. After several weeks of discussions, the insurer declined to bind coverage or pay for the loss.

Wotherspoon then reached out to an independent adjuster, who advised it would be difficult to obtain coverage under a storage policy when the loss is associated with cut locks. The adjuster advised the brokerage nominee to reach out to the brokerage and insurer that previously provided homeowner coverage to the clients. 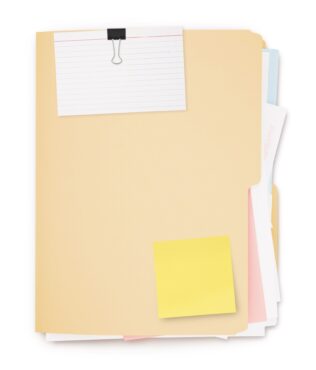 Finally, on June 28, 2018, Wotherspoon was able to convince the homeowner’s policy insurer to reinstate the couple’s homeowner’s coverage, which paid the full policy limit to the couple on Oct. 16, 2018.

The thing is, throughout all of the weeks of negotiations, it appeared that no one had told the couple that they didn’t have bound coverage for the items in the storage facility, as the council’s decision notes.

Tan said nothing the whole time, afraid to upset the client. Wotherspoon told council he had explained the mistake to one of the clients over the phone, but had not been understood. Nevertheless, the council noted that emails sent by the clients on June 27 and June 28, 2018, made it clear that they were still unaware of the broker’s error.

Council praised Wotherspoon’s efforts in ultimately securing coverage for the claim for “a significant sum…that [the couple] likely would not have received had the storage insurance policy been bound as intended.” But the council said his efforts were “overshadowed by his failure to frankly communicate with the complainants as to the error that had occurred.”

Tan acknowledged his responsibility for the coverage not being bound, noting to council that he had allowed the matter to “fall through the cracks” shortly after losing his office assistant. Council noted the broker’s notes on the matter contained only limited information and that, although the brokerage had recently established an electronic information storage system, it was not used in this instance. What’s more, the council noted, although this didn’t contribute to the lack of bound coverage, Tan should have explained the difference between theft and burglary to the clients.

“The [broker] strayed from usual practices in his dealings with the complainants, which included the failure to properly document his business, not fully comprehending the storage insurance policy he was selling, not following up on the file after leaving it with his colleague, and being incautious with credit card information,” council ruled in determining that fines were necessary. “The nominee showed a lack of good faith towards the complainants by failing to properly disclose to them that an error on the agency’s part had resulted in their policy not being bound.

“Finally, council considers the agency itself to be culpable due to it having a lack of appropriate administrative procedures in place that could have prevented the error from occurring.”