A Court of Appeal for Ontario ruling in favour of AIG Insurance Company of Canada, over a coverage dispute arising from an injury to a spectator at a hockey arena, is now final.

The Supreme Court of Canada recently announced it will not hear an appeal of Markham (City) v. AIG Insurance Company of Canada, released March 30 by the Court of Appeal for Ontario.

One issue in the case is how equitable contribution applies in the context of an agreement in which one party adds another as an additional insured. Another issue is when a liability insurer loses its right to retain and instruct a lawyer.

Markham was really a dispute between AIG Canada and Lloyd’s Underwriters, which wrote a $5-million commercial general liability policy for the city.

In Markham, Ont., is the municipal Angus Glen Community Centre, about 5 kilometres northeast of Toronto Buttonville Municipal Airport. On Feb. 2, 2015 that city-owned community centre was being used by the Markham Waxers junior hockey club. During a pre-game warmup, a young spectator was hit by a puck.

AIG provides liability insurance for the Waxers, which agreed (when renting community centre space) to have AIG add the city as an additional insured.

Now the city is suing the Waxers, seeking contribution and indemnity from the Waxers because the spectator injured by the puck is suing the city. Allegations against the Waxers have not been proven.

The coverage dispute went to court. Lawyers representing Lloyd’s Canada and the city argued that AIG had a duty to defend the city and but that the city was entitled to appoint and instruct counsel of its choice without having to report to or take instructions from AIG.

AIG admitted that it has a duty to defend but argued that Lloyd’s owes a concurrent duty to defend and to contribute to the defence costs. AIG also argued that AIG and Lloyd’s should be allowed to jointly agree on and instruct counsel to defend the city.

In 2019, Justice Annette Casullo of the Ontario Superior Court of Justice made two key findings against AIG, which named the city as an additional insured in the policy it wrote for the Waxers hockey club. Justice Casullo ordered AIG to pay all “reasonable costs” to defend the city in its lawsuit, even if some of those costs were for allegations not covered by the AIG policy. Despite this, Justice Casullo also said AIG may not participate in the defence. In other words, the city gets to pick its own lawyer, funded by AIG. 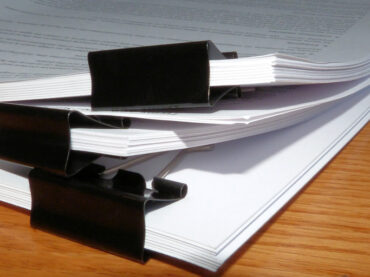 The city argued that AIG’s natural inclination would be to impose the majority of liability on the city based on the physical condition of the rink, rather than on the Waxers for alleged breach of the rental contract with the city.

If it turns out, in the underlying lawsuit, that the city is liable for not placing proper and sufficient systems for the safety of spectators, that may be covered by the Lloyd’s policy but may not be covered under the AIG policy, the Court of Appeal for Ontario noted. The insurance AIG is providing for the city — as an additional insured under the hockey club’s policy — is only for the city’s liability arising from the hockey club’s operations.

Lloyd’s and the City argued that there is an exclusion in the Lloyd’s policy that absolves Lloyd’s of the duty to defend. The Court of Appeal for Ontario disagreed.

This refers to the city assuming an obligation for a third party’s actions, not to the Waxers agreeing, in their rental agreement, to indemnify the city for the Waxer’s actions, the court of appeal wrote.

The Court of Appeal for Ontario sided with AIG on its right to be involved in selecting counsel. AIG had proposed that a claims handler in breach of the “split file” protocol would be subject to disciplinary action and could be dismissed if confidential information is disclosed. AIG said it agrees to work with Lloyd’s to agree upon, appoint, instruct, and pay for an independent lawyer to defend the city. That lawyer would be different from AIG’s coverage counsel.