Huge insurance bills for natural disasters such as fire following earthquake could be substantially reduced by paying for improvements that amount to a fraction of the damage estimates. But timing is everything when recommending how to “build back better,” says a leading Canadian authority on natural disaster research.

“One [area of key messaging] that I am particularly excited about is what I am calling, ‘Resilience in the recovery.’ Another popular term is ‘Build back better,’” Paul Kovacs, founder and executive director of the Institute for Catastrophic Loss Reduction (ICLR), told Canadian Underwriter recently.

“With resilience and recovery and build back better, the science consistently finds in Canada, but also worldwide, that right after a really bad event, there is a very different attitude [about investing in mitigation]. You really don’t want that [damage] to happen again, so there is a willingness by homeowners, a willingness by politicians, a willingness by the insurance industry…[right after an event] to say, ‘Tell me what to do. I really want to hear that.’”

But the time to take advantage of this new-found willingness to mitigate is limited, Kovacs added. 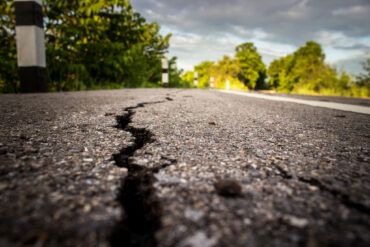 Canadian Underwriter spoke to Kovacs following the publication of the ICLR-commissioned report, Fire following a major earthquake in the Lower Mainland of B.C.  The report found that fire following an earthquake — not including the estimated insured damage caused by ground shaking — could cost the Canadian property and casualty insurance industry a median of $10 billion in insured claims. The price tag would vary based on the specific quake.

In its report, the ICLR projected what might happen if five modelled earthquakes — all varying in magnitude from 6.8 to 9.0 — struck various regions in and around the Lower Mainland of B.C.

The report also made at least three main recommendations to reduce the estimated damage: 1) The purchase of new hose tenders and hoses (hose tenders are basically fire trucks that can carry high-volume houses to alternate water supplies); 2) Alternate, onsite water supplies for sprinkler systems in older high-rise buildings; and 3) Gas meter shut-off devices to be installed in homes throughout the Lower Mainland.

The report’s author, Charles Scawthorn, is an international authority on disaster mitigation planning. He suggested to Canadian Underwriter that the biggest-ticket item among the recommendations would be between $20 million and $40 million to purchase 20 new hose tenders and pumps for the Vancouver area.

“So, $10 million Canadian per year for four years, for a city of perhaps 2.5 million people?” Scawthorn said. “I mean, that’s a noise-level expenditure. It’s nothing. So that’s not the difficulty. The difficulty is not the money.”

Kovacs agreed that research, knowledge, and public awareness do not necessarily translate into action.

“We are absolutely finding consistently across opportunities, including fire following in Vancouver…that science can tell us the actions that can be taken so that we can be ready, and so that the losses can be much lower,” Kovacs told Canadian Underwriter in an interview. “The cost of avoiding those losses is remarkably low [relative to] the kind of damage that is possible. We find again and again savings of five to 10 times greater than the cost.

“Nevertheless, we are consistently finding that [the research findings] don’t always lead to action. Knowing what to do and proving that it’s cost-effective is not the same as having it happen.”

In addition to paying attention to the timing of the messaging, the industry and public authorities should be planning for disaster recovery, instead of just the disaster response, Kovacs suggested. This means planning what the post-disaster recovery process would look like and how to “build back better.”

“I think there is a really interesting opportunity with this discussion about fire following earthquake to not only push to get [mitigation and investment] done before the next bad event,” Kovacs said, “but I think if we are ready to move the needle on starting to plan for the recovery, that’s where we are going to get a few more breakthroughs about how to make really large changes and improvements.”