How auto insurance rates are trending in Alberta, Ontario and Atlantic Canada

“Ontario was the poster child for market competition: many insurance providers re-entered the market, which helped drive prices down,” LowestRates.ca said in an article about the report, released Thursday. “By contrast, Alberta had fewer insurance companies to choose from, but rates still went down. Meanwhile, drivers Atlantic Canada have made fewer claims but insurance providers didn’t pass on savings at the same rate.”

The Auto Insurance Price Index Report is an analysis of thousands of insurance rate quotes each year on LowestRates.ca. (The index doesn’t factor in inflation.) 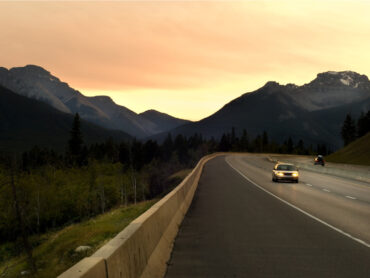 Interesting, in Alberta, the under-25 driving cohort (typically a more expensive group) saw prices drop nearly 11% year-over-year, signalling insurers are eager to bring on new, young customers. “There’s no clear-cut explanation for the rate reduction in Alberta,” the article said. “The number of insurance providers actively looking to write new policies in the province is falling and, typically, prices would spike in this kind of environment. However, instead of jacking up rates for everyone, the remaining insurance providers showed an eagerness to scoop up new customers and to reduce rates across the board, especially for young drivers.”

On the other hand, the over-50 crowd — the demographic that insurance companies usually pass savings to first — saw their rates decrease by less than 1%.

In Ontario, LowestRates.ca reported that an influx of novice drivers (those with less than four years of driving experience) applied for insurance quotes through the site. “Typically, search interest from this demographic would drive the average price up. But that’s not what happened.”

Instead, all of the insurance providers on the rate comparison site slashed their rates. “With car insurance claims way down in 2021, insurance companies are more profitable than they’ve been in a long time,” LowestRates.ca said. “This means they’re eager to offer coverage to new customers. Our take is that premiums will keep going down as long as a critical mass of people continue to work from home.”

In Atlantic Canada, a “sizeable chunk” of insurance providers reduced their presence on LowestRates.ca in the second quarter. Drivers had fewer options to choose from, causing prices to stagnate.

It could be due to drivers in Atlantic Canada having shorter commutes than those in Ontario and Alberta. In fact, when it comes to the percentage of people with commutes at least an hour long, the city of Oshawa alone beats the combined average of the entire Atlantic, according to the 2016 census, LowestRates.ca reported.

“Still, there have been fewer collisions in Canada since the pandemic began, so it’s surprising to see prices increase by almost 20% year-over-year,” in Atlantic Canada.