How Aviva Canada’s profitability fared in 2018

Aviva Canada’s road to profitability took an upward turn during the second half of last year, even though its overall results in 2018 looked to be very flat. 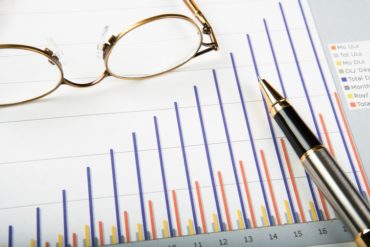 Weather-related storms, poor profitability in the auto product industry-wide, and the 2016 acquisition of RBC Canada all played a part in the 2018 results, the company reported Thursday.

But these key metrics masked markedly improved results over the latter half of 2018, Colm Holmes, president and CEO of Aviva Canada, told Canadian Underwriter Thursday. Early last year, the company launched remediation efforts to restore profitability – including premium rate increases, cancellation of some broker contracts, indemnity management, and adjustments to underwriting appetite. The company credited these remediation efforts for an improved result that manifested towards the latter half of 2018, when the overall COR plunged from 104% during the first half of the year to 100% during the second half.

“The program we put in place in 2017-18 to return the business back to profitability, that program continues,” Holmes told Canadian Underwriter Thursday. “We’re confident that the actions we’ve taken are the right actions.

“A large part of that was dependent on getting rate approval in the market and in Ontario. We got that rate toward the end of the year in our RBC book, particularly, and in our Aviva book. We saw quite significant rate approvals in the latter half of 2018, which will only be applied in the first or second quarter of this year. So, we do expect a turnaround is on target and we are very comfortable with that.”

In Ontario auto, Aviva Canada reported seeing a premium rate increase of 8.6% in the Aviva portfolio and 16.8% in its RBC portfolio.

Holmes remains bullish on the acquisition of RBC Canada, although the deal continued to have a negative effect on the company’s earnings. He described the timing of the acquisition in 2016 as “unfortunate,” because it happened to coincide with the turning of the Ontario auto market. That turn affected RBC’s book of business as it was being absorbed into Aviva’s books.

“It’s just unfortunate that the timing of that [acquisition], and the mix of their business being predominantly motor in Ontario, meant that there was an increase in our losses beyond what there would have been,” Holmes said. “It will take a little bit more time for RBC to turn around. We have to apply significantly more rate to the RBC book than we do for the Aviva book.

Holmes described RBC as a “tremendous” transaction for Aviva, and he said the companies maintain a very close relationship. The future plan is to leverage RBC as a prominent financial services brand in Canada.

“When I look at leisure and lifestyle, at high net worth, at small and medium-sized commercial insurance, there are massive opportunities for Aviva and RBC,” Holmes told Canadian Underwriter. “All of these things we are working out right now to ensure we can deliver the best insurance products and services to all of Aviva’s and RBC’s customers.”