How bad financials can affect your client’s insurance rates

Do insurers really care about a client’s balance sheet?

A former lawyer who represented The Trump Organization recently suggested clients could get a good rate if the broker could be certain that the client could pay the premium.

Brokers contacted for this story declined to comment publicly on whether there are insurance contracts in which an insured’s premium would be based on the insured’s ability to pay. 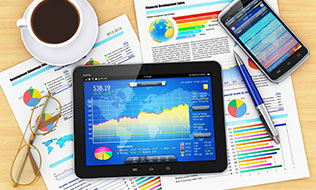 The financial strength of a client is one measure an underwriter would use to assess a client’s risk, a Canadian commercial property and casualty insurance expert, speaking on background, told Canadian Underwriter.

A negative financial outlook would increase a client’s risk and therefore the premium, said the expert, who works in Canada for a commercial brokerage.

The question came up in the news recently when the former personal lawyer of U.S. President Donald Trump, Michael Cohen, testified about the Trump Organization’s dealings with insurance providers during a hearing of the United States House of Representatives Committee on Oversight and Reform. The Trump Organization is the real estate firm founded by Trump before he went into politics.

Cohen, who has previously pleaded guilty to lying to Congress, was asked Feb. 28 why he had copies of Trump’s financial statements (or parts of them) for 2011, 2012 and 2013. He replied that he used those statements for two purposes, one of which was for dealing with insurance companies.

“We would provide them with these copies so that they would understand that the premium, which is based sometimes upon the individual’s capabilities to pay, would be reduced,” Cohen said in reply to a question from oversight committee member Lacy Clay.

Cohen was asked by committee member Alexandria Ocasio-Cortez whether, to his knowledge, Trump ever provided “inflated assets to an insurance company.” Cohen replied that he had.

Trump countered that Cohen is telling lies in order to reduce his prison time, The Associated Press reported.

Cohen told the committee Feb. 28 he is being disbarred. He is scheduled this May to begin a three-month jail sentence, AP reported.

During his testimony Feb. 28, Cohen did not get into specifics on The Trump Organization’s insurance. It is difficult to tell whether he was referring to P&C, life or a different class of insurance, the Canadian insurance expert told Canadian Underwriter.

In Canada, having a weak financial state can be a concern for an underwriter because of the moral hazard, the expert said on background.