How breaking up can ruin your cheaper insurance premiums

If you are together as a couple, it might make sense to register the shared vehicle in the name of the person who can get the lowest insurance rates. 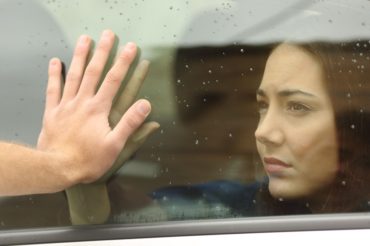 But it can get complicated when the couple breaks up and the ownership of the vehicle is disputed.

Jaclyn Younger took her ex-boyfriend Aaron Spann to B.C. small claims court over the ownership of a Jeep. Spann told the court he bought the Jeep for $3,000 on Feb. 11, 2016 with money he received from his student loan, but he agreed to register the Jeep in Younger’s name to reduce insurance costs.

Younger and Spann separated in December 2016. They were not married and they did not meet B.C.’s common-law definition of a “spouse.”

So she made the move to transfer the registration of the Jeep back to Spann.

“It is undisputed that in January 2017, the parties signed a written agreement for [Spann] to pay [Younger] $2,000 in exchange for ownership of the Jeep,” B.C. Civil Resolution Tribunal Sarah Orr wrote in her decision.

Signed by a witness, the agreement included a payment plan in which Spann agreed to pay Younger $100 on the 15th day of each month starting on Feb. 15, 2017. The witness also observed Younger and Spann sign the paperwork transferring ownership of the Jeep into Spann’s name. The court does not state explicitly whether the insurance for the Jeep was similarly transferred into Spann’s name, although B.C.’s public auto insurer also handles vehicle licensing and registration.

Trouble was, Spann discontinued his monthly $100 payments to Younger after the first one, a fact that Spann did not deny in court.

The tribunal gave Spann two weeks to cough up the rest of the $1,900 he owed to his ex-girlfriend for the Jeep.