The industry is not “horrible” when it comes to diversity and inclusion but more can be done, speakers suggested at KPMG Canada’s recent insurance conference.

Diversity and inclusion have to be “directed from the very top,” said Heather Masterson, president and CEO of Travelers Canada. 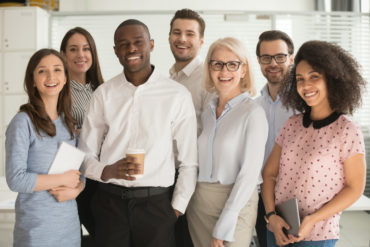 “I think diversity and inclusion, especially in a country like Canada, with our immigration policy and our makeup, it’s really important to understand that the bar is always moving,” Masterson said Nov. 28 during a panel discussion, dubbed Mind the gap: Women leaders in insurance.

“As much as we are doing heavy lifting and paying a lot of attention and recognizing [diversity and inclusion] as a business imperative, and we are recognizing the benefits that it provides to the company, we have to continue to lift our game and do more. I don’t think you ever get to rest on this topic,” Masterson said during the panel at KPMG Canada’s 28th annual Insurance Conference, held at the Metro Toronto Convention Centre.

The panelists noted it is not just ensuring women are represented – but also ensuring there is representation from visible minorities, indigenous people and those with disabilities.

“It depends on the corporation. There are definitely some that are more proactive than others,” said Suzanne Courtlander, a lawyer who works for TD Insurance as vice president of fraud strategy, special investigations unit, claims customer solutions delivery and claims litigation services.

“I would say we are beginning to move the dial. Can we do more? I think we can do more,” said Courtlander. “From personal experience – I think outwardly we have gotten much much better. To me that piece that I still struggle with is the unconscious bias – where certain things happen that can be inappropriate at times but are not intentional.”

Also on the panel was Melissa Kennedy, exec vice president and chief legal officer and public affairs for Sun Life.

“You have to be very deliberate in your company – or it’s got to be criteria from the outside,” Kennedy said of diversity and inclusion in the workplace.

Kennedy referred to a Norwegian law passed over 10 years ago requiring certain firms to have at least 40% women on their boards.

One method is to ensure there is diversity on the panel of interviewers, said Kennedy. That way, candidates for a job see people with whom they have something in common, suggested Kennedy.

Separately the Conference Board of Canada reported earlier that in the Canadian insurance industry, 35% of senior managers were women. The report, Demographics in the P&C Insurance Industry in Canada, was commissioned by the Insurance Institute of Canada.

Statistics like these are “not horrible but it can also improve,” Maher said during the KPMG Insurance Conference.

At Gore Mutual, 54% its managers and 64% of its executive team are female, stated Heidi Sevcik, CEO of Cambrige, Ont.-based Gore in a separate release Dec. 19. The context of that release was an announcement that Gore is on Canada’s 2019 list of Best Workplaces Managed by Women. Sevcik has led Gore Mutual since 2014.