The wildfire affecting northern Alberta is much larger than the one that devastated Slave Lake in 2011 but property losses seemed minimal on Thursday afternoon.

“At this point we are hearing there are no major structures that have been lost,” Rob de Pruis, the Insurance Bureau of Canada’s director of consumer and industry relations for western Canada, said Thursday in an interview.

“What’s really different with this fire, compared to the Slave Lake fire, is this fire is significantly larger in size than Slave Lake but the difference was in Slave Lake the winds pushed the fire towards the town.” 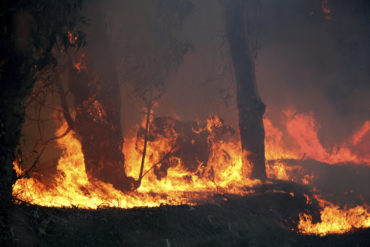 The Chuckegg Creek Wildfire is burning about five kilometres south of the Town of High Level, the Alberta government said Thursday.

The 2016 wildfire in Fort McMurray was Canada’s most expensive disaster ever, when measured by industry-wide insured losses of roughly $4 billion. The 2011 Slave Lake wildfire placed fifth, after the 1998 ice storm, the 2013 southern Alberta floods and the July 8, 2013 Toronto area rain storm.

At 92,000 hectares, the Chuckegg Creek Wildfire currently affecting Alberta is about the size of the City of Calgary in geographical area, de Pruis said Thursday.

With winds forecast from the east and northeast, the fire is now being blown away from High Level and neighbouring communities.

“If the weather holds up, we are not going to see any significant structures lost but there still may be some claims initiated for mass evacuation coverage for their additional living expenses,” de Pruis said. “Those are the types of claims that are starting to trickle in now.”

It is far too early to tell how much the current wildfire will cost Canada’s property and casualty insurance industry, he added.

“The movement of the fire seems to be away from the town at the moment,” de Pruis said of High Level. “Firefighters are working really hard to make sure that it does not become an interface fire. They do not want the fire to go into town, so right now, it’s sticking primarily to uninhabited areas.”

A voluntary evacuation is in place for areas north of town and parts of Mackenzie County south of High Level.

“For a lot of people, insurance isn’t on their mind because they are able to manage things for a few days and at this point they don’t know whether they will have any damage when they return home,” said de Pruis.