How clients can avoid pitfalls when dealing with ‘additional insured’ contracts

Agreements in which one party is required to add the other as an “additional insured” can open a huge can of worms.

“Your own broker may not have had any involvement with the placement of the policy, so they are not getting paid for reviewing your insurance with another party,” Harmon Hayden, the Kamloops, B.C. owner of Harmon Hayden Law, said in a recent interview, referring to brokers’ clients.

Ideally, the party that is supposed to be added as an additional insured should be asking the counter-party for a copy of the entire insurance contract, said Marcus Snowden, principal of Snowden Law Professional Corporation.

“By contract of insurance, this might mean a program booklet or package that includes several different commercial forms of coverage,” Snowden told Canadian Underwriter. “This is the only sure way to know that the counter-party to the agreement has in fact secured the insurance coverage contracted for, and it is the best time to sort out any issues in this regard – with the help of a licensed broker.” 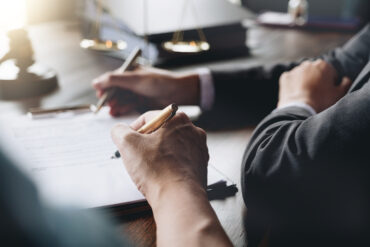 The endorsement Economical wrote covered Sky Solar “with respect to liability arising out of the operations” of Marnoch. The Ontario Superior Court of Justice ruled that Economical does not have to cover Sky Solar for the fire damage because Sky Solar’s liability for those fires did not arise from Marnoch’s operations. That ruling was upheld by the Court of Appeal for Ontario in a decision released Sept. 9, 2020.

Many types of contracts specify that the party being added is entitled to a copy – sometimes even a “certified copy” – of the other party’s insurance to ensure compliance with the relevant insurance clauses, Snowden told Canadian Underwriter.

Assuming both parties to the contract have licensed insurance brokers, “the best step is to get [those brokers’] professional input as early as possible in the process to ensure the parties obtain the coverage they bargained for,” said Snowden.

But there could be pragmatic issues, cautions Hayden.

“Brokers are not paid by the hour. They are usually paid on a percentage of the premiums obtained,” said Hayden.

And so, the party that is supposed to be added as an additional insured on the counter-party’s policy might have to consult with a risk manager or a consultant who is paid by the hour to review their coverage needs, said Hayden.

The issue of additional insureds is at play in a coverage dispute between Lloyd’s and AIG Canada. Lloyd’s wrote a commercial general liability policy for the city of Markham, Ont., which borders Toronto to the north.

AIG wrote CGL for the Markham Waxers, a junior hockey club that was renting space at a city-owned community centre in Markham. Both the city and the hockey organization are being sued by a person alleged to have been hit by a puck while watching a pre-game warmup in 2015. Allegations against the city and the hockey organizations have not been proven.

As part of an agreement to book space at the community centre, the hockey organizations agreed to add the city as an additional insured on their AIG policy.

The Court of Appeal for Ontario ruled in 2019 that Lloyd’s must share with AIG the cost of defending the city, subject to a right to re-allocate defence costs once the lawsuit against the city is concluded. The city opposed this decision.

If it turns out that, in the underlying lawsuit, the city is liable for not placing proper and sufficient systems for the safety of spectators, that may be covered by the Lloyd’s policy, but it may not be covered under the AIG policy, the Court of Appeal for Ontario found in its decision released in March 2020. The City of Markham applied for leave to appeal to the Supreme Court of Canada, which announced Dec. 3, 2020 that leave to appeal is denied.