How clients can cash in on demutualization

Economical Insurance clients looking forward to cashing in on demutualization might have to hold on to their shares in the company for nearly six months.

None of this is etched in stone. The circular is a proposal, subject to approval from both mutual and non-mutual policyholders, for Economical to convert from a mutual insurer to one that issues shares. It’s essentially the same process that Manulife, Clarica, Canada Life and Sun Life went through nearly 20 years ago.

Trading restrictions are common in initial public offerings of stock “to prevent the sale of substantial amounts of shares in an uncontrolled manner in the period following the offering, which could negatively impact outside investor confidence and reduce the IPO price and the price that the shares might otherwise trade at after the offering,” Economical said in its circular.

Once they can sell their shares, Economical’s proposal says a “share-selling service” will be available to clients, who will not have to open their own brokerage account. 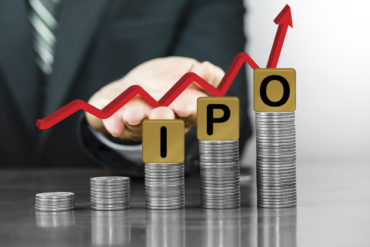 Regulations passed in 2015 essentially stipulate that once a property and casualty insurer demutualizes, the company becomes publicly traded.

If the March 20 vote passes, several more steps are still needed before Economical can demutualize. It would be Canada’s first federally-regulated property and casualty insurer to do so.

If your client is insured by Economical, there is no way of knowing for certain how much that client will make if the firm demutualizes. “The average eligible mutual policyholder could receive demutualization benefits with an approximate value of $300,000 to $430,000,” Economical said.

Non-mutual policyholders can also benefit from demutualization but they would receive much less.

The estimates are based in part on an estimate of how much Economical would have been worth if it had become publicly-traded in May, 2018.

In its recent policyholder circular, Economical lists the priority for distribution of cash in the event that it demutualizes. The first $100 million will go to a charitable foundation. Next in line for benefits would be:

Economical said it will try to sell enough common shares to make sure that anyone who elects to receive cash instead of shares can get cash. “But it is possible the amount of cash that is raised in [the IPO] will not equal the cash needed to fund payments to eligible recipients who are required to receive cash or elected a preference for cash.”

5 Comments » for How clients can cash in on demutualization