How diligent note-taking helped this broker defend a lawsuit

Keeping meticulous files is one reason an Ontario cottage country brokerage was largely successful in defending a lawsuit from a homeowner client.

In Monk v. Farmers’ Mutual Insurance Company (Lindsay) released this past Friday, the Court of Appeal for Ontario ruled mostly in favour of Muskoka Insurance Brokerage Ltd., which (along with insurer Farmers’ Mutual) was sued by Diana Monk.

She had insurance on her Bracebridge log home, placed by Muskoka and written by Farmers. 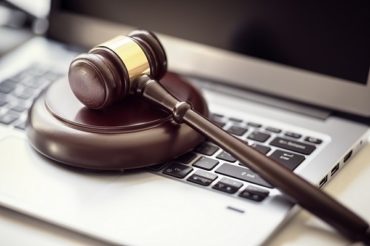 In 2011, Monk wanted to file a claim for about $125,000 worth of damage she alleged resulted from work done in 2008 by a contractor. The contractor’s work included cleaning, grinding, sanding and finishing the log exterior.

The damage included stains to carpets, abrasions to windows as well as windows coming loose in exterior doors. The door frames also became loose, causing the doors to sag and to become difficult to open and close.

Farmers denied the claim, reasoning that Monk did not file the claim within two years of discovering the loss and it was not covered due to two exclusions in the policy. One is for making good faulty workmanship. The other is for property being worked on – with an exception to the exclusion that damage to other insured property is covered.

As a result of the July 19, 2019 ruling, Farmers lost its argument that the damage is excluded.

But both Muskoka and Farmers won the case on the grounds that Monk did not file the claim soon enough.

Monk alleged the brokerage failed to ensure she was properly advised on her rights on the home insurance policy.

In the Parry Sound courthouse, Justice Edward Koke of the Ontario Superior Court of Justice presided over a trial in 2017.

The cost awards were knocked down on appeal. As a result of the July 19, 2019 Court of Appeal for Ontario decision, Monk owes $76,590 to the brokerage and another $116,500 to the insurer for their legal costs.

Farmers still appealed the 2017 ruling, arguing the damage is still not covered due to a “property being worked on” exclusion. The Court of Appeal for Ontario ruled against Farmers on that point.

In other words, if the courts found that Monk had reported the loss in the spring of 2009, she would probably would have had a valid claim.

Monk says she did speak to her broker twice in 2009 and a third time in 2010 about the loss, and someone from the brokerage told her the loss would be excluded.

The brokerage disagreed and on that point Justice Koke sided with the brokerage.

The brokerage said it found out for the first time of her claim on Sept. 2, 2011. That was two years after the loss.

Judge Koke found the brokerage’s version of events to be more credible.

That finding was upheld on appeal.

In its ruling, the appeal court said its job is to show a “high degree of deference” to findings of credibility made by trial judges. There was no “clear and manifest error” in how Justice Koke weighed the claimant’s version of events versus that of the broker, Justice David Brown wrote in the Court of Appeal for Ontario’s unanimous ruling.

Both Monk and the brokerage agreed they had a conversation on Sept. 2, 2011 about the loss.

The broker, Marcia Bissell, told Monk to bring any documentation she had. Bissell advised Monk there is some chance she might by a chance of coverage, that Monk could contact the insurer directly, and if Monk was still not satisfied, she could consider legal action against the insurer.

Ultimately the claim was denied. Monk hired a lawyer and filed her lawsuit in the fall of 2011.

Justice Koke did not accept Monk’s argument that Bisell may have forgotten about phone conversations that happened in 2009, shortly after Monk discovered the damage.

“Muskoka’s file regarding Ms. Monk’s insurance policies is thoroughly documented with respect to the various times in the past that Ms. Monk contacted Muskoka about potential loses,” wrote Justice Koke. “The files confirm that Ms. Bissell is a diligent note taker whose practice it is to report all losses to insurers.  In the past she has reported losses to insurers on behalf of Ms. Monk which included both losses for which there was coverage and losses which were not covered.  She testified that it is her policy to submit a claim and let the insurer determine the issue of coverage.  In my view, if Ms. Monk had previously informed Muskoka of her damages there would be some notes or records confirming these conversations, but there were none.”

It was also the first time in Bissell’s 28-year career that she could recall receiving an inquiry about whether there was insurance coverage for damage on a home caused by a contractors.

“Given the uniqueness and the nature of the three alleged conversations, I am unable to find that Ms. Bissell would have forgotten them,” wrote Justice Koke.